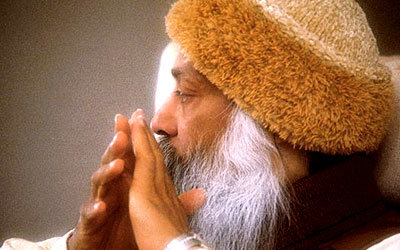 Question – “you said that acceptance transforms but why is it that when i accept my senses and desires, I feel that I have become animal – like instead of transformed?

Osho – This is your transformation; this is your reality. And what is wrong in being an animal? I have not seen a single man who can be compared to any animal. Suzuki used to say, “I love a frog, even a frog, more than a man. Look at a frog sitting near a pond: how meditatively a frog sits! Look at him, how meditative he is — not disturbed by the whole world going on, just sitting and sitting and meditating, one with existence.” Suzuki said, “When I was unenlightened I was a man, and when I became enlightened I became just like a cat.”

Look at a cat: she knows the secret of how to relax and she has not read any books about relaxation. How to relax? Look at a cat. No man can be a better teacher than a cat. The cat is relaxed and alert. If you relax, you go to sleep. The cat is alert even in her sleep, and the body is so flexible, so relaxed in every moment.

What is wrong with animals? Why this condemnation? This condemnation is part of the human ego. Man thinks in terms of being the superior one, the highest in the hierarchy. No animal has consented to this hierarchy. Darwin said that man has evolved out of monkeys, but if you ask monkeys I am afraid they will not say that man is an evolution; they will say he is a degradation. Man thinks himself as the center. There is no need for this. This is only egoistic nonsense.

If you go on being alert, within this animal you will find the divine. And it is always better to be a real animal than to be an unreal man. Reality is the point.

So I am not against animals, I am only against falsities. Don’t be a false human being. Be a real animal, and with that reality you will have become authentic, substantial. Now go on being alert, and by and by you will come to a deeper layer which is more real than the animal — and that is the divine.