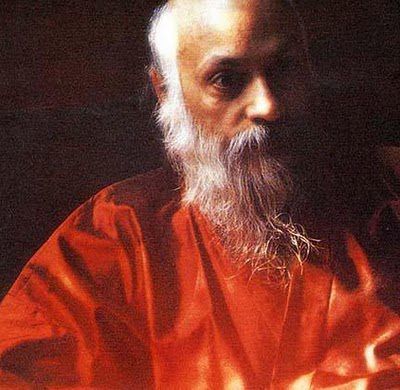 In your innermost center, the moment there is no known and knower, this happening happens. There are ripples, ripples of bliss. And they go spreading, and they go on spreading, they go on… and there is no end to them then. And continuously, one lives in bliss.

Whenever something else is the source, it can be taken back; it is bound to be taken back, it can only be momentary and temporal. It is not your being, it is just a happening outside – just a foreign something outside. Bliss is unrelated to anyone; bliss is not produced by any cause; it is not causal. It is not in a particular situation; it is not related at all to anything else other than you. Can you conceive yourself in happiness, in bliss, without anyone being the cause, or anything being the cause? We have known only causal happiness. And because of this causal happiness, misery comes as a shadow, always behind it, waiting for its moment.

When you begin to feel yourself enough unto yourself, if the whole universe just drops and goes into nonexistence, it will not make any difference – THEN it will not make any difference, because now you have an inner source of happiness, an infinite source of happiness. This is your being and cannot be taken from you and cannot be destroyed; and therefore, there can be no antistate of your inner bliss.

That’s why yoga is the essence of the Eastern mind, not Vedant, not Buddhism, not Jainism, not Samkhya, not VAISHESHIK, no – yoga is the essence. These are all doctrines, jumping boards. The jumping board is your choice, your liking. And really, the wise ones have never argued about the jumping boards. They say, ”Okay, it is your liking, so choose the color.” You can be a Mohammedan, you can be a Christian, you can be a Hindu; or, you can even be an agnostic. And really, this is one of the wonderful things: even if you are an atheist, okay. Use the method, take the jump, and the thing will happen, because the thing is not dependent on doctrines. And the happening will be there because the happening is not dependent at all on what principle, what ideology, what ISM you follow – the happening depends on the jumping!