Osho – The guru is the address of God 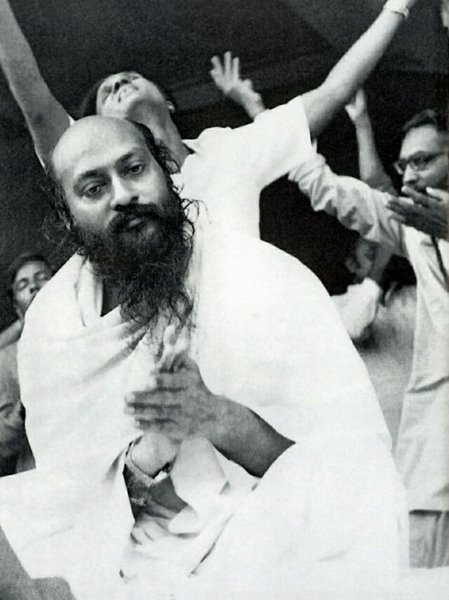 Osho – The very word “guru” is meaningful. The “master” doesn’t carry that significance. The master seems to be someone who has mastered a thing, gone under a long training, has become disciplined, has become a master. “Guru” is totally different.

A master is pregnant with God. That’s why in the East we call the guru, God itself. The West cannot understand it because they think “God” means the creator of the world. We don’t bother much about the creator here. We call the guru, God. Why? — because he is pregnant with the divine; he is heavy with the divine. He is ready to pour down; only your thirst, a thirsty earth is needed.

He has not mastered anything in fact; he has not gone through any training, he has not disciplined himself. It is not art that he has become a master of — no. He has lived life in its totality; not as a discipline, but natural and loose. He has not forced himself. He has been moving with the winds; he has allowed nature to have its own course. And through millions of experiences of suffering and pain and bliss and happiness he has become mature, he has become ripe. A guru is a ripe fruit just waiting to fall, heavy. If you are ready to receive, he can fall into you.

A guru is a totally Eastern phenomenon. The West is not yet aware of it. In the West it is difficult to feel. Why go and bow down to a guru? Why put your head at his feet? Looks humiliating. But if you want to receive, you have to bow down. He is heavy, he can pour, but then you have to bow down, otherwise you won’t receive it.

When a disciple with total trust bows down at the feet of his master, something is happening there which is not visible to the eyes. An energy is falling from the master, entering the disciple. Something invisible to the eyes is happening there. If you become aware you can see it also — the aura of the master, his rainbow, pouring himself down into the disciple. You will see it in fact happening.

The master is heavy with divine energy. And he has infinite energy now, he can pour it down to infinite disciples. He can work with millions of disciples alone. He is never exhausted because now he is connected with the whole; he has found the source of all. Through him you can also take the jump into that abyss. Surrender towards God is difficult because you don’t know where God is. He has never given his address to anybody ever. But a guru can be found. If you ask me what a guru is, I will tell you: the guru is the address of God.