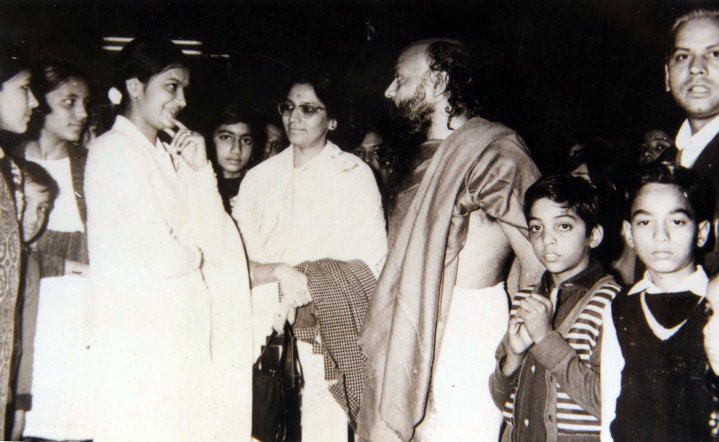 Question – Osho, is the innocence of small children just ignorance, or has it got any value too?

So these things have to be remembered. Real innocence belongs to the Buddhas. They have lost their first childhood in knowledge and then they become aware of what they have lost. They have lost the precious, the essential for the non-essential, so they drop their knowledge. Dropping their knowledge they become innocent again. This is second innocence, second birth. In India we call such a person dwija, twice-born. He is a real brahmin because he has known the Brahma, the absolute. The absolute can be known only in innocence.

Small children are innocent; but they have not earned it, it is natural. They are ignorant really, but their ignorance is better than the so-called learning, because the learned person is simply covering his ignorance with words, theories, ideologies, philosophies, dogmas, creeds. He is trying to cover up his ignorance, but just scratch him a little bit and you will find inside nothing but darkness, nothing but ignorance.

A child, Maria, is in a far better state than the learned person. But one thing is absolutely bound to happen: he will have to go through learning; this is part of life’s experience. Unless you lose something, unless something is lost, you don’t recognize its value. It happens every day: whenever something is available to you, you start taking it for granted, you forget all about it.

A woman loves you and you don’t take much notice of it, you are not even thankful to her. The day she dies or goes away from you, then suddenly you feel something inside is missing. It is like the fish: if you take it out of the ocean, then it knows that the ocean was a blessing. Unless you take the fish out of the ocean it will never know – it will never know that it exists in the ocean, that it is a great gift that she or he is in the ocean. The fish has to be thrown on the bank, on the hot sand in the burning sun, then only will understanding dawn. And if the fish can reach the ocean again it is going to be tremendously thankful to the ocean.

This is what happens. Learning is bound to happen – it is part of growth; you have to lose your innocence. But if you remain just a learned man your whole life and you never lose your learning, then you are stupid, then you have behaved in an idiotic way. Children are in a far better space because they can see things. Even though they are ignorant they are spontaneous, even though they are ignorant they have insights of tremendous value.

A little boy, seized with hiccups, cried, ’Mommy, I am coughing backwards!’
A small boy was brought to a psychiatrist’s office for an examination by the mother who was a chatterbox. The psychiatrist examined the little fellow and was surprised that he hardly paid any attention to the questions.

’Do you have trouble hearing?’ the psychiatrist asked him.
’No,’ replied the lad. ’I have trouble listening.’

You see the insight? Hearing and listening are tremendously different. The child said, ’I have no difficulty in hearing, but I am tired of listening. One has to hear – the chatterbox mother is there – but I have trouble listening. I cannot pay attention.’ The mother and her being a chatterbox have destroyed something valuable in the child: his attentiveness. He is utterly bored.

The clock had just struck 3 a.m. when the minister’s teenage daughter returned from a dance. The minister and his wife had been waiting up for the girl, and as she came in the front door he said to her rather scornfully, ’Good morning, child of the devil.’
Speaking sweetly, as any child should, she said, ’Good morning, father.’

The teacher was trying to teach subtraction. ’Now, Hugh,’ she said, ’if your father earned 180 a week and if they deducted 6 for insurance, 10.80 for social security, and 24 for taxes, and then if he gave your mother half, what would she have?’
’A heart attack!’ the kid said.

Supper was over. The father of the house and his nine-year-old son were in the living room watching television. Mother and daughter were in the kitchen, washing up the supper dishes. Suddenly the father and son heard a terrible crashing sound of something being broken in the kitchen. They waited for a moment in shock but did not hear a sound.
’It was Mom who broke the dish,’ said the boy.
’How do you know?’ his father asked.
’Because,’ replied his son, ’she’s not saying anything!’
From the kitchen came the sound of the crash of either broken glass or broken china.
’Willy,’ cried his mother from the living room. ’What on earth are you doing in the kitchen?’
’Nothing,’ Willy said, ’it’s already done!’

A salesman who had been working in the New England area was being transferred to California.
The move had been the principal topic of conversation around the house for weeks.
Then the night before the big move, when his five-year-old daughter was saying her prayers, she said, ’And now, God, I will have to say goodbye forever because tomorrow we are moving to California!’
’Mama, do people go to heaven feet first?’
’No, why do you ask?’
’Well, the maid was lying on the bed with her feet up, hollering, ”Oh, God, I’m coming!” And she
would have, too, if Daddy hadn’t held her down!’

Osho – Mystery will possess you. You cannot possess the Mysterious