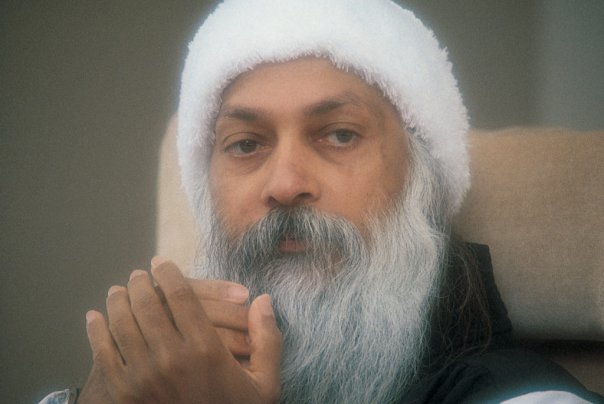 Osho – A few more indications about the inner state of a jivanamukta, the one liberated while living. The jivanamukta is one who has known death while still living. As it is, death is known by all, but only at the time of dying. That too cannot be called the knowing of death because just in the moment of dying the mind becomes unconscious.

So we never know our own death, we always only know the death of others. You have only seen others dying, you have never seen yourself dying. Thus our knowledge even about death is borrowed. When someone else dies what do we learn from this? We know that he has lost his speech, his eyes cannot see, his pulse has ceased, and that his heart has stopped. We just know that the body mechanism has ceased to work, but we do not know anything about what happened to the one that was hidden behind the body mechanism, or whether there really was anything hidden behind or not, or whether that hidden being is saved or not.

Death happens within, and all we are able to see is its symptoms on the outside. How can one know death by seeing others dying? We too have died many times but we have never been able to see ourselves dying, because we had become unconscious before dying.

So you may see many persons dying, but you never come to believe that you too are going to die. Have you ever believed that you too will die? Many people may start dying every day, the whole cemetery may become full of them, some epidemic may spread and you will see dead bodies everywhere — still one always feels that only others are dying. You never feel within that you are also going to die.

Even if such an awareness of death comes it remains only on the surface, it never enters deep within. Why? Because we have never seen our own death, we have no experience of it, we have no remembrance of death. However much we may think backward in the past we never come to find that we have ever died before. So something that has never happened in the past, how can it happen in the future?

All the calculations of mind are based on the past. Even when the mind thinks of the future it thinks only in the language of the past. What has happened yesterday, that alone can happen tomorrow — with a little difference here and there. But what has never happened before, how can that happen tomorrow? This is why the mind is never able to believe in death. And when death in fact happens the mind is already unconscious.

The stream that flows between birth and death is life. Neither we know the beginning nor the end; the middle is bound to remain unknown. There may be some hazy dim knowing — like something heard from a faraway distance, or like a dream that was seen. But we have no direct contact with life.

So what we call life is actually a long process of dying. After birth, whatsoever one may be doing, one is definitely doing one thing — that is dying, continuing to die. No sooner are you born than you have begun to die. In the very first breath taken by a child the arrangement for his last breath has been made. Now there is no way of avoiding death. One who is born will die sooner or later; the difference may be of time, but death is certain.

One who has seen life as a long process of death… I say has seen, not has understood. You can also understand, “So this is how it is?” — that you can also do But by that you will not be a jivanamukta. No, one who sees, one who becomes a witness to it, is one who has seen that every moment he is dying.

One thing we never realize is that “I will die”; it is always the others who die. Secondly, even if we infer our death through the death of others, then too it is something that will happen in the future; for now it can be postponed. It is not happening now, today. Even a man lying on his death-bed does not think that his death is happening today, this moment. He too avoids, postpones — tomorrow. In avoiding we save ourselves. For us life is now and death is far away in time.

One who has seen that the whole of life is a process of death has also seen that death is not tomorrow but now, this very moment — “I am already dying in this very moment. How to see, how to realize this happening of my death this very moment?” If one is able to see, then one does not lust for life.

Buddha has said that one who does not lust to live is a jivanamukta. One who does not demand that he should get more life, one who does not desire to live more, one who has no lust to live more, one who will accept death gracefully if it comes now, one who will not ask death for even one moment more — “Wait, let me tidy up matters” — one who is ever ready to live every moment, that person is a jivanamukta.
One whose lust to live is finished can be free from life. One who becomes free from life becomes a jivanamukta — then he is liberated while living. Then here and now he is with us but he is not like us. He too is sitting, rising, eating, drinking, walking, sleeping, but the very quality of all these activities is transformed. Doing everything as we do, he is still not doing what we do.

This world as we see it remains the same but it looks different to him — his angle of perception is changed; the center in him that is seeing is changed; for him the whole world is transformed. The definition of and indications about such a liberation while living is in these aphorisms. We shall try to understand them one after the other.

Source – from Osho Book “Finger Pointing to the Moon”