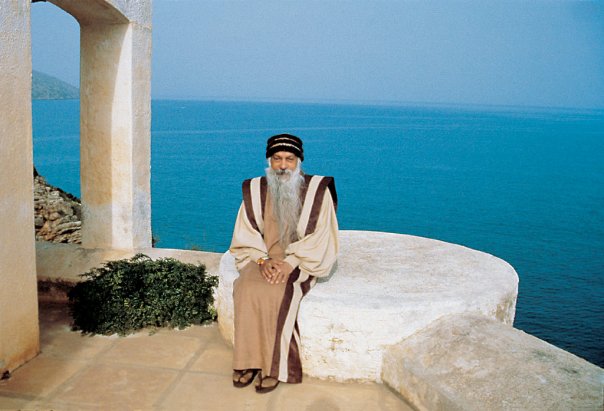 Question – Beloved Master, it seems to me that you are truly the first man this planet has ever known who really understands women and accepts them. please comment.

Osho – Prem Bubula, I have told you that a woman is to be loved, not understood. That is the first understanding. Life is so mysterious that our hands cannot reach to its heights, our eyes cannot look into its deepest mystery. Understanding any expression of existence — men or women or trees or animals or birds — is the function of science, not of a mystic. I am not a scientist. To me science itself is a mystery, and now scientists have started to recognize it — they are dropping their old stubborn, superstitious attitude that one day they will know all that is
to be known.

With Albert Einstein the whole history of science has taken a very different route because the more he went into the deepest core of matter, the more he became puzzled. All logic was left behind, all rationality was left behind. You cannot dictate to existence, because it does not follow your logic. Logic is man-made.

There was a point in Albert Einstein’s life when he remembers that he was wavering about whether to insist on being rational… but that would be foolish. It would be human, but not intelligent. Even if you insist on logic, on rationality, existence is not going to change according to your logic; your logic has to change according to existence. And the deeper you go, existence becomes more and more mysterious.

A point comes when you have to leave logic and rationality and just listen to nature. I call it the ultimate understanding — but not in the ordinary sense of understanding. You know it, you feel it, but there is no way to say it. Man is a mystery, woman is a mystery, everything that exists is a mystery — and all our efforts to figure it out are going to fail.

I am reminded of a man who was purchasing in a toy shop a present for his son for Christmas. He was a well-known mathematician, so naturally the shopkeeper brought out a jigsaw puzzle. The mathematician tried… it was a beautiful puzzle. He tried and tried and tried and started perspiring. It was becoming awkward: the customers and the salesmen and the shopkeeper were all watching and he has not been able to bring the puzzle to a solution.

Finally he dropped the idea and he shouted at the shopkeeper: “I am a mathematician and if I cannot solve this jigsaw puzzle, how do you think my small boy will be able to?”

The shopkeeper said, “You don’t understand. It is made in such a way that nobody can solve it — mathematician or no mathematician.”

The mathematician asked, “But why is it made in this way?”
The shopkeeper said, “It is made in this way so that the boy from the very beginning starts learning that life cannot be solved, cannot be understood.”

You can live it, you can rejoice in it, you can become one with the mystery, but the idea of understanding as an observer is not at all possible. I don’t understand myself. The greatest mystery to me is myself. But a few clues I can
give to you:

A psychiatrist is a fellow who asks you a lot of expensive questions that your wife asks you for nothing.
The key to happiness: You may speak of love and tenderness and passion, but real ecstasy is discovering you haven’t lost your keys after all.

Women begin by resisting a man’s advances and end by blocking his retreat.
If you want to change a woman’s mind, agree with her.
If you want to know what a woman really means, look at her — don’t listen to her.

The lady walked up to the policeman and said, “Officer, that man on the corner is annoying me.”
“I have been watching the whole time,” said the cop, “and that man wasn’t even looking at you.”
“Well,” said the woman, “isn’t that annoying?”

The romantic young man turned to the beautiful young girl in his bed and asked, “Am I the first man you ever made love to?”
She thought for a moment and then said, “You could be — I have a terrible memory for faces.”

A young girl said to an old maid, “You must have missed a great deal by not marrying!”
“Only the ceremony!” replied the old maid.

In the Garden of Eden, Eve was nagging Adam, as usual. “I saw you playing around with another woman underneath the tree of knowledge last night!” she screamed.
“But Eve,” said Adam, “you know that there is only you and I here in Eden!”
“Don’t lie to me! I always know when you are lying!” Eve whined.
“Eve, listen! This is just a fantasy brought on by your menopause.”
“Don’t give me any psychological bullshit! I know what I saw!” Eve roared.
“Okay, okay, then if you don’t believe me, just count my ribs.”

A man went on a safari with his wife and his mother-in-law. One day he was lying morosely in his tent when he heard a cry from his wife. He jumped up and rushed into the clearing. There, out in the open, he saw mama-in-law shaking her fist at a huge lion who was standing five feet away from her, ready to move.
“Do something!” pleaded his wife in alarm.
“Why should I?” retorted the frustrated hunter. “That lion got himself into this mess — let him get himself out of it!”

Everything is mysterious: it is better to enjoy it rather than trying to understand it. Ultimately the man who goes on trying to understand life proves to be a fool, and the man who enjoys life becomes wise goes on enjoying life, because he becomes more and more aware of the mysterious that surrounds us. The greatest understanding is to know that nothing can be understood, that all is mysterious and miraculous. To me this is the beginning of religion in your life.

Source – Osho Book “The Great Pilgrimage From Here to Here”