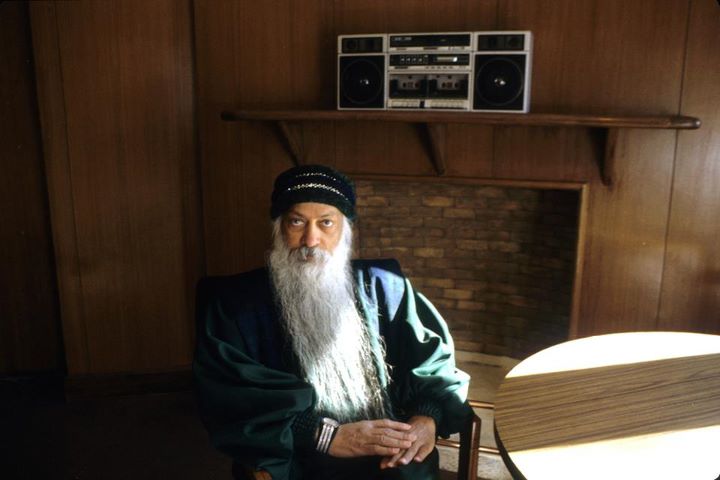 Osho – Shiva says: THE GURU IS THE WAY. Do not be a way unto yourself or you will spoil everything. First of all, it is a difficult task to find a living person because to surrender to a living person is difficult; the ego gets hurt! So people take greater interest in the scriptures; scriptures don’t hurt the ego so much. You can throw them in the dustbin or keep them in a place of worship – scriptures won’t object. You cannot do that to a living guru. Your ego will have to bow down to him.

You also bow down to the scriptures, but you are still your own master. At any time you can discard them; they can do nothing against your will. To bow at the feet of a living person is a crushing blow to the ego. That is why people first seek in books. Then, when they are tired, they look for a master; but by then the books have so much corrupted them by words they cannot recognize the master when he comes.

When you finally approach the master you bring your bookish knowledge of master and try to judge him accordingly. No book can tell you what a master should be like. A book can talk about a guru. If there is a book about Kabir it will tell you all about how Kabir used to be, but Kabir is not going to be born again. Those are Kabir’s characteristics, but not those of a master. If you are a follower of Kabir and totally filled with him, and thus seek the same qualities in another person before accepting him as a master, you will never find a master for yourself. Kabir cannot be born again.

The Digambara Jainas do not accept a master unless he is totally naked. It was Mahavira’s pleasure to take off his clothes; I do not enjoy doing that. If the seeker is looking for a Mahavir, Mahavir no longer exists. It s an irony of fate that during Mahavira’s lifetime it could be this very same nakedness that prevented people from accepting him, perhaps because nakedness was not mentioned as a necessary quality in the books that were circulating at that time. None of the Tirthankaras before Mahavir had renounced clothing, so the Jainas themselves were not prepared to accept him, because nakedness seemed uncivilized to them. They rejected Mahavir, for nowhere in the scriptures is there any mention of naked gurus. Then Mahavir died and scriptures were created around him and the present day Jain carrying Mahavira’s burden. As a result, when Parshwanath appears wearing clothes he cannot be accepted as guru – he is not naked!

Remember, whatever particular scripture that you read tells you about a particular master. He cannot come again. A master is incomparable, unique! Thus if your eyes are filled with scriptures you will never be able to recognize a living master. The scriptures tell about those who have been and who will never be again. Those who believed in Mahavir will never accept Buddha. At best they may consider him a great soul, a Mahatma, but not Bhagwan.

There is a man I know, a Jain. He has written a book. He is really a good man, but that does not give him understanding. Bad people are generally foolish, but so are good people; foolishness is so deep rooted that the goodness makes no difference. He is a good man and he respects all religions equally. The book he wrote is called BHAGWAN MAHAVIR AND MAHATMA BUDDHA – GOD MAHAVIR AND GREAT SOUL BUDDHA. My friend is a writer. He is known to the people in Poona; in fact it was he who brought me to Poona for the first time. He is an old devotee of Gandhiji, from whom he acquired this felling that all human beings are one. So he wrote this book – but his Jain mind persisted. I was staying with him at the time. I asked him, ”Why did you differentiate between Mahavir and Buddha, calling one ’Bhagwan’ and the other only ’Mahatma’?”

He replied ”You see, Mahavir is in fact Bhagwan, but we can accept Buddha at most as a Mahatma, not as God, because God does not wear cloth. He is naked.”

So this is the difficulty! It is not that only Jainas have this difficulty. everyone has it. This is why a Jain cannot accept Ram as God, because Sita stands by his side. A Jain cannot understand a woman present with God. When he has renounced everything how can a woman be there? So a priceless jewel like Sita is lost to the Jainas. They cannot grasp her significance. And Krishna? They put him down in hell, for he has not one but sixteen thousand women around him. No one is more eligible for hell than Krishna. Since the Jainas are traders and merchants by caste, they are afraid of starting any row with the Hindus. Perhaps this is the reason why they have advocated nonviolence.

It is always a coward who advocates non-violence. Violence requires some guts, so cowards believe in not killing and not being killed As a principle it’s fine: Do not kill others-Live and let live! But it implies that they want to survive and they don’t care about the others at all so they use the idea of non-violence; there is no other meaning behind it. After having thrown Krishna into hell, they were afraid of the anger of the Hindus, so out of fear they have played another trick: They declared that Krishna will be a Tirthankara in the coming age. He does not fit anywhere in their doctrine however, if they have to live among the Hindus, they have to accept him. They compromised – just like any business man will calculating mind! Now the Hindus won’t be angry it’s fine. And their own concept remains intact. They have avoided the conflict.

If you seek the master through scriptures, you will never find him, for by the time the scripture is compiled the person around whom it is written has already gone. And each master is in a class of his own kind. He is different and unique. You can’t find another like him. You can’t find Mahavir again, nor Buddha or Krishna. But in all your seeking you simply look for these very people and you wander around and around. When they were alive you were looking for someone else – again, someone who had long since gone. You go on missing every time.

If you want to find a master put all scriptures aside. Try to come close to someone. If you want to find a master, bathe yourself in his presence. Don’t take your concepts along and don’t try to judge him by your measurement. Let your heart beat with his heartbeats; don’t allow the intellect to interfere. If you allow the mind to interfere the hearts will not meet, and you will not be able to recognize the master.

The master is recognized through the heart and not through the head. Whenever you set the intellect aside and see with the heart something happens immediately. If it is possible for you to connect with this master, it will happen immediately, without a moment’s delay. You will find yourself melting into him and him melting into you. From that day onwards you are an integral part of him. From that day onwards you become his shadow; you can flow him The master can be sought with the heart, and without the master there is no way.