Osho – The miserable person is bound to be mean, he cannot be noble 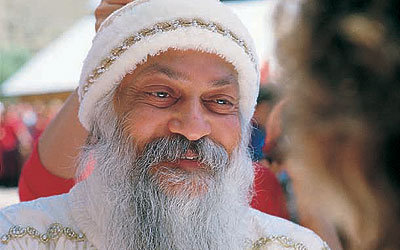 Osho – The miserable person is bound to be mean, he cannot be noble. One should not expect nobleness out of misery. That is impossible; that is asking for something which is against nature. But this is what we have been doing for centuries. People are miserable, and society in every way creates their misery. It is a created phenomenon, it is not natural. Except for man nobody is miserable. All the animals, birds, trees, rivers, mountains, stars, they are all in tremendous bliss. Of course they are unconscious of it.

Society is for miserable people. It needs miserable people because they are good slaves. Their whole energy is destroyed by their misery, hence they cannot be rebels. Rebellion needs overflowing energy, vigour, courage. The miserable person is so tired, so exhausted, he is willing to do anything, to follow any commandment, any order, howsoever stupid it is. He has no energy to fight against it; he cannot say no. Out of the sheer necessity to survive he goes on saying yes to all the vested interests. And the society consists of vested interests: priests, politicians. All kinds of powerful people need everybody to remain in misery.

Every child is brought up in such a way that he gets caught in misery. And then we expect nobleness, then we expect grace, then we expect love, beauty, joy. We make the person even more burdened. First we destroy all possibility of nobleness, joy, love, grace, truth, intelligence… we destroy everything and then we say now be intelligent, be joyous, be courageous. That makes the people even more burdened, more miserable, because they try to impose a certain kind of nobleness, a morality. That creates hypocrisy in them. If they follow the moral rules they go against their innermost core; if they don’t follow them they feel guilty. Either way it makes the misery multiplied.

And the moment you are out of misery, suddenly you are noble. There is grace, beauty, joy. Life starts having a new dimension, a new richness. It becomes more festive, it starts taking on the colours of celebration. And that celebration is sacredness, that celebration is godliness.

And it is very easy to get out of the mind just by becoming aware of the whole mechanism of mind — thinking, desiring, expecting. All these things have to be watched as if you are just a mirror reflecting whatsoever passes by, with no judgement, with no desire even to judge, just a pure witness — and immediately you are out of the mind. First it will come in glimpses. For a few seconds you will be out of mind, but those few seconds will give you a taste of freedom, of tremendous ecstasy. And then slowly those small moments will become bigger; the intervals when the traffic of the mind completely stops will become bigger.

And then slowly slowly the knack is learned. If you want to put the mind into a non-functioning state for hours or even for days you can. Whenever it is needed you use it, whenever it is not needed you put it off. Both ways it is healthy: it will give you freedom and it will also give rest to your mind. And when the mind has rest it becomes, of course, a better mechanism, it functions better. Its memory is clear, its functioning is in tune, its thinking is logical, it functions at the peak.

So it is not against mind to be a meditator. Meditation means going beyond mind, but it is not against mind. In fact, it is a tremendous boon to the mind, a blessing, because the mind also gets tired: it does continuous work, twenty-four hours a day unnecessary work, unneeded. But the mind goes on and on because you have completely forgotten how to stop it. By just being a witness you learn the art of stopping it. The moment you are a witness it stops on its own. That’s the whole point. Then nobleness is yours, and then to live is certainly a great gift. One feels grateful to god. Out of that gratefulness arises prayer.

Source – Osho Book “Just the Tip of the Iceberg”