Osho – The more conscious you are, the more intensely you live 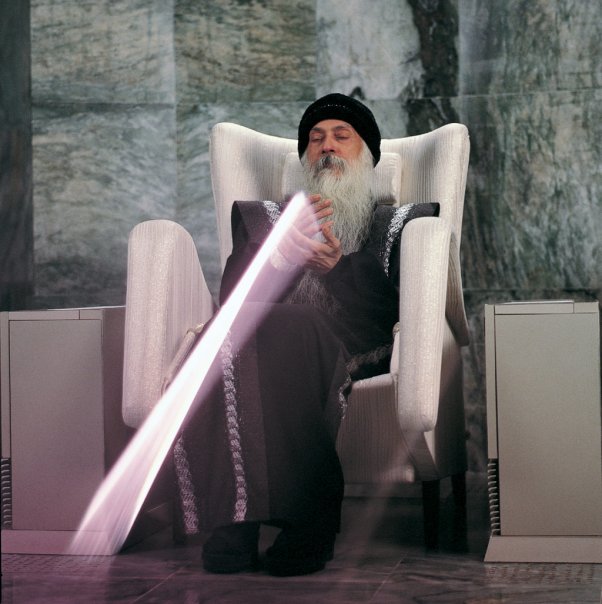 Osho – THE ESSENTIAL TEACHING OF GAUTAM THE BUDDHA is not a teaching at all, but an awakening. A way to become more aware. He does not give you a doctrine about existence, but he gives you a methodology to see that which is. He is not concerned with God, he is not concerned with the other world beyond. His whole concern is you – the awareness within.

Because he does not talk about the other world at all. He is not an other-worldly one. But he has not satisfied the materialists either, the atheists either. Because they think this is all that there is – eat, drink, be merry. And Buddha says: This is not all that there is. You are living only on the surface of things. There is a depth to things – but that depth can be known, fathomed, only if depth to you go deeper into your own being, into your own consciousness.

Naturally, the materialists, the this-worldly people, cannot agree with Buddha, because they say, ”This is all. The surface is all, the outside is all, there is no inside to it.”

But his approach is a methodology, not a doctrine. It is a way of life. People live like robots, they live mechanically. Buddha says: Live non-mechanically. Each of your acts has to be luminous with awareness. And then each act starts revealing reality to you. And he does not make any distinction between the profane and the sacred – there is none. The profane is the sacred, if you live it consciously.

Just going for a morning walk – if you can walk consciously, this is prayer. There is no need to go to any church. Prayer has no relationship with a church or a temple, prayer has something to do with your quality of awareness. You can do a thing prayerfully, and the thing may be anything, cleaning the floor, cooking the food, washing the clothes, taking a bath, going to sleep.

It reminds me of one of the most beautiful stories about Buddha’s closest disciple, Ananda. Ananda lived with Buddha for forty years – and he lived like a shadow. He never left Buddha for a single moment, not even in the night; he would sleep in the same room where Buddha was sleeping. He had taken a promise from Buddha…

When Buddha became enlightened, Ananda came to him to be initiated. He was a cousin brother of Buddha and older than Buddha. He asked Buddha, ”I am your elder brother. Once I am initiated, I will be your disciple. Then whatsoever you say, I will have to do – then I cannot say no. That is the meaning of disciplehood – a person decides, ”Now I will say yes to my master, whatsoever he says. If he says ’Jump and kill yourself’ I will jump and kill myself.” Surrendering the no is the secret of disciplehood.

So Ananda said, ”I am going to be your disciple. Before I become your disciple, as your elder brother I want one promise. Right now I am your elder brother and I can order you” – the old Indian tradition – ”you are my younger brother and I can say this to you. You have to give me this promise, that you will never tell me to leave you. I will stay with you; wherever you go I will be with you. I will follow you like a shadow, I will serve you like a shadow. Even in the night I will be sleeping just by your side, continuously ready to serve you.”

Many who had come after Ananda had become enlightened. Ananda was not yet enlightened. He wept bitterly. His misery was great; there was no consolation. Now suddenly he became aware that forty years had been a wastage. ”I lived with this man – a rare opportunity, very rare. To find a Buddha is rare, and to live with a Buddha for forty years continuously – it has not happened before, it may not happen again. Forty years in a long time. And still I have missed.”

He stopped eating food, he stopped all kinds of other activities. He decided to become enlightened before it was too late – it was already late. Day and night, he was trying to be aware… And a great council was going to be arranged soon – all the enlightened disciples were going to gather together to collect the sayings of Buddha. Ananda was not invited. And he was the most reliable source, obviously – nobody had lived with Buddha so long, nobody had as much information as he had. Nobody had listened to Buddha so much – morning and evening, day and night, he was always there, just watching. Whatsoever Buddha had said, he had heard it. And he had a miraculous memory, absolute memory – he had the power of absolute recall. But still he was not invited to the council.

It was not possible to invite him. He had known Buddha, his word was reliable, his memory was perfect – but he had no inner validity. He himself was not yet a Buddha. Yes, to collect facts he was the right person. But what about truth? And facts and truths are different dimensions. A fact may be a fact and yet may not be true. And a truth may be true, yet may not be a fact.

Truth is not the sum total of all the facts – truth is something more. Facts are mundane, superficial. Truths are not on the surface, they are inner. Ananda could say everything factual, but he had no inner validity. He himself was not a witness. So even those who had not lived with Buddha were called to the council, but not Ananda.

He worked hard, he staked all. Each moment he was trying to be aware, alert, mindful. And the last night came – tomorrow morning the council was going to gather. Ananda was going mad: it had not happened yet. He was becoming more and more tense and he was putting in all that one could put, all that was humanly possible. He was ready to die for it.

The middle of the night had come and nothing had happened yet. And he was driving himself crazy. For days he had not eaten, he had not slept, he had not taken a bath – there was no time to waste. One o’clock, two o’clock, three o’clock, four o’clock in the morning… and he was just on the verge of either going mad or becoming enlightened. It looked more like madness: he was exploding, he was falling apart.

Then suddenly he remembered, Buddha had always said: Be aware, but in a relaxed way. Be aware, but without any tension. Attention without any tension. Calm and quiet. Alert, but with no strain. That memory came in the right moment – he relaxed. He was so tired, dead tired, that he went to bed. When he was just going to put his head on the pillow – fully aware, relaxed – he became enlightened. The moment his head touched the pillow, he became enlightened.

He slept, for the first time in his whole life, a different kind of sleep. He was asleep as far as the body was concerned, but his inner light was aflame. Deep within his being, he was alert and aware. Morning came, and he was still asleep. Other monks came to see whether he had been able to make it. They looked in the room, and it had the same fragrance as that of Buddha – the same luminosity, the same grace and grandeur. And Ananda was fast asleep but his face had the light, the light that comes from within. Even in his sleep he was mindful. There was grace, there was a silence surrounding the room, there was a new space.

He was invited immediately. He asked the other monks, ”Why? What has happened now? Why were you not asking me to come to the council?” And they said, ”Just one day ago, your memory was just the memory of the outside of things. Now you know from the inside – you yourself have become a Buddha.

BUDDHAHOOD MEANS WHEN YOU BECOME SO ALERT that even in your sleep the alertness continues as an undercurrent. Even when you die, you die fully alert – now there is no way to lose your alertness, your alertness has become your nature. This is the essential message of Buddha.