Osho – The more disciplined the child, the more stupid he will be 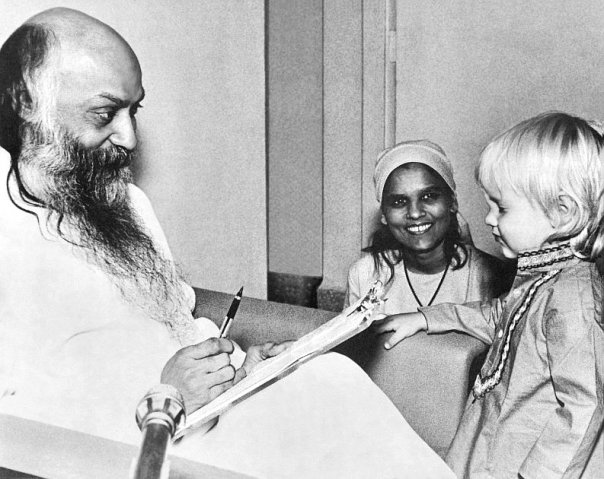 Osho – Every child is born clever. No child is ever born idiotic. To become an idiot one needs to be educated. To convert people to idiocy, schools and colleges and universities are needed. It is a great achievement. Idiocy is not natural; it has to be learned, it has to be earned. Great effort has to be made before you can become stupid.

A Buddha or a Lao Tzu or a Jesus are people who somehow escaped from society, who somehow managed it that society did not change them into stupid people. They look rare because the whole society has become stupid otherwise they would be the norm. It be natural to be clever, intelligent – as natural as breathing, as natural as health.

But society starts to cripple the child because society cannot allow that much intelligence. That much intelligence is dangerous. An intelligent child is a dangerous person. Society immediately jumps upon the child, from the very first day. The child is not even allowed the freedom to breathe on his own – the doctor slaps him on his bottom and society has started. The child is not even allowed to breath on his own. You should wait. There is no need to slap the child.

Go and watch in a maternity home. When the child is born, the doctor will take the child by his legs, hold him upside down and slap him on the bottom to help him breathe. It is as if nature is not enough so your help is needed. Nobody slaps the animals – yet they are breathing, breathing beautifully. No doctor is needed, no nurse is needed, no mid-wife is needed.

Wait! But society cannot wait. Within seconds society enters. Society has to slap the child. And now people who have been studying the phenomenon of slapping the child say that the first slap comes as a shock, because the child is very delicate. For nine months he has lived in a very protected environment – that slap is like a great shock. With a shock his life starts.

Then there are even more cruel people. Jews will do a circumcision – it is a great shock to cut the foreskin of the genital organs. You have started violence, you have started butchering the child. Society is on the way. And immediately everything has to be forced on the child. Now the mother is told when to breastfeed the child and when not to breast-feed the child – after three hours As if every child is a Ford car, just like every other Ford car.

These are subtle tricks to destroy the delicate intelligence, the delicate life of the child. Then he has to be trained about everything. From toilet training to God, he has to be trained about everything. He is not allowed any spontaneity. And intelligence thrives in spontaneity, intelligence dies in discipline. The more disciplined the child, the more stupid he will be; the more intelligent the child, the more rebellious he will be. Rebelliousness and intelligence are synonymous; stupidity and discipline are synonymous. If you have succeeded in ordering the child to obey you and in making him conform to your ideas, you have succeeded in killing his intelligence.

Your schools, your colleges, your universities, all teach nonsense because they are all against sense. Nowhere is sensitivity taught nowhere. In fact, sensitivity has to be destroyed. It is dangerous to allow the child to be sensitive and intelligent because, if the child remains sensitive, then society will not be able to force the child to do foolish things throughout his life.

For example: a person goes on being a clerk his whole life, just piling up files. To do such a thing you need to be very insensitive. If you have a certain sensitivity you will want to break out of this nonsense, you will want to go into the fields, into the forest. You may want to become a gardener, you may want to become a farmer, or a fisherman, or a carpenter, or a sculptor, or a poet – but you will not want to become a clerk in an office. For what should one want to be a clerk? The sun is so bright and the flowers have bloomed and the birds are singing and you are just doing a clerical job!

It will not be possible. Society has to kill your intelligence, your sensitivity, so that you can be put into any job. When you are dull it is easy to force you into any direction. Then a person can keep on doing any nonsense job. And when you do a nonsense thing for your whole life, naturally. by and by, you lose all possibilities of being intelligent.

A person can be sent into the army. If people were in-telligent who would go into the army? For what would they kill others and be killed? Life is to live, not to be killed and not to kill. Life is to enjoy; it is a divine gift. But millions of people are in the army, just getting ready to be butchered or to butcher.

If you are singing and dancing maybe it is meaningful,. but turning left and right, doing the same march every day. just preparing for death…. How can life be just a preparation for death? Brutality, violence, insensitivity is taught only then can millions of people be turned into slaves. You think you are free people? Slavery has just become more sophisticated, that’s all. Slavery still exists. No society up to now has ever been a free society. All societies have been slave societies.

And you have never thought about it. Why should you be a Christian? Why should you be a Mohammedan? You were not born as a Christian, as a Mohammedan, you were born as pure consciousness. Why these limitations? Who has forced these limitations on you? You were born as a pure human being – who has made you an Indian and who has made you Chinese? You are slaves. If you are Chinese or Indian or English, you are a slave. Slavery is very subtle.