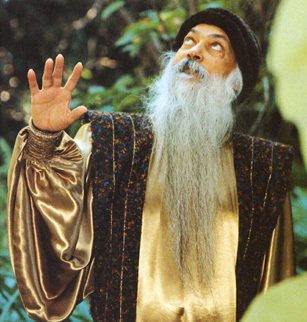 Osho – Truth is the most obvious and the most simple thing in existence. This has created tremendous difficulty – the mind is not interested in the obvious. The mind is not excited by the simple, because deep down mind is nothing but your ego, and the nourishment of the ego comes from the challenge of the far away. The more arduous, the more torturous, the more difficult an achievement is, the more the mind becomes fascinated. It is ready to go to the farthest star, not even bothering what it is going to get there; that is irrelevant.

I remember a remark by Edmund Hillary, who was the first man to climb Everest, the highest mountain in the Himalayas. When he came down, the whole world’s media was interested to know what his experience was, what he had gained. Before him, for almost a hundred years, hundreds of mountaineers had destroyed their lives in the same effort of achieving Everest.

Edmund Hillary could not answer. For a moment there was silence, and then he said, ”Just because it is there, a challenge to humanity – that was enough for me to risk my life. I have not gained anything, I have not experienced anything.

The truth is, whenever I think of Edmund Hillary standing on the Everest, alone, he looks to me to be embarrassed, utterly idiotic. And in fact he did not stay there longer than two minutes. For those two minutes he risked his life.

This will give you an insight into the human mind and its workings. That which is available cannot be made an achievement. And that which is not available, the farther away it is, the more nourishment there is to the ego. The obvious, that which you already have, has no interest at all for the mind.

That’s why millions of people have lived on the earth and missed their own being. They traveled far and wide, world travelers – Marco Polo, Columbus – they tried to conquer the whole world, like Alexander the Great. But they forgot one thing: they have not even known themselves; the question of conquering does not arise.