Osho – The older a person becomes, the more cautious he becomes 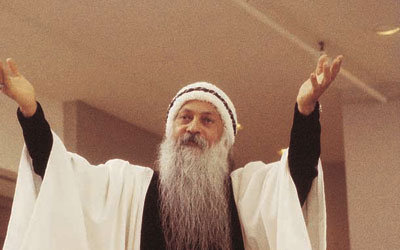 Question – Beloved Osho, I am seventy-five years old. I want to become a sannyasin, But i don’t know why i am hesitating.

Osho – Prakash Chandra Sethia, I think you should wait a little more! Let death come first, then I can initiate you into sannyas…because when death has already happened, there will be no hesitation: you will not be there at all. Seventy-five years old and still hesitating? One leg is already in the grave! Ninety-nine percent is almost dead. Only one percent can become a sannyasin now, and even then you are hesitating. It almost always happens with old people.

The people who followed Jesus were all young, almost all of them his own age. The people who followed Buddha were his age or nearabout. The same was true with Mahavira. The older a person becomes, the more cautious he becomes, and one can understand why. He has lived in the world with so many deceptive people all around. He has been deceived again and again, he has been cheated, so he becomes very cautious, hesitant. He clings to the familiar and becomes afraid of the unknown.

But sometimes it happens that your very cautiousness can be the most destructive thing in your life, because to be very cautious means to die before your death. It is a well-known psychological fact that people die nearabout thirty years of age. Of course, they live on afterwards, and they actually die nearabout seventy or eighty. So what are these fifty
years? It is a kind of posthumous existence.

Making the other cautious, he has forgotten completely about himself! You are becoming too wary, too cautious, and soon you will fall in the doggie-doo! And then it will be too late — it is already late. It is evening time, the sun is setting. Don’t waste time.

An old man of ninety-seven and his wife of ninety-two were appearing before the judge because they wanted a divorce. The judge was very surprised. “You’re so old,” he said. “Why do you want to separate now, after all these years of being together?”
The old man did not answer. But after some minutes his wife said very shyly, “Your honor, we wanted to wait till all our children died.”

Now, Prakash Chandra Sethia, what are you waiting for — all the children to die first? Now, what is the point of waiting? You have waited enough! And remember, death will not ask you, it will not even inform you, it will not even knock on your doors. It simply comes, and before you have recognized it you are finished.

If one can dance, sing and celebrate one’s own death, if one can die in deep consciousness, with no complaint, with no grudge, but in immense gratitude towards God, one has fulfilled one’s mission in life.