Osho – The search for truth should not be a sad search 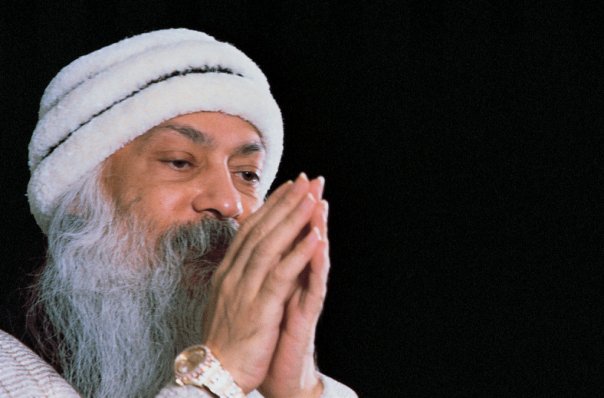 Buddha Sutra – The Seeker is not Sorry.

Osho – Buddha says: Teach people that the search for truth should not be a sad search. This is one of the things which has been very much misunderstood. Somehow the sad people have dominated the whole religious scene down the ages. Only once in a while do you find a Buddha or a Jesus or a Zarathustra who talks about joy, who talks about living in bliss. Only once in a while do you find a Krishna — who not only teaches dance but dances himself, who not only teaches singing but sings himself. Otherwise the scene is dominated by pathological people, either by masochists or by sadists.

Christians say that Jesus never laughed. Now, there cannot be a greater lie than that. Jesus, and never laughed? Then who will be able to laugh? Then nobody will be able to laugh at all! And the whole life of Jesus proves that he must have been a man of very joyous nature. He must have been really spiritual — in the sense the French use the word SPIRITUEL. In French this word ‘spirituel’ means both “spiritual” and “humorous.” There seems to be a great insight in it — the same word meaning both. He must have laughed with his companions. It is well known that he used to enjoy eating and drinking, and when a man enjoys eating and drinking it is difficult to think of him never laughing. People who enjoy eating and drinking, people who enjoy parties, also enjoy dancing and singing and joking. He must have laughed, he must have joked. One cannot believe that twenty-four hours a day he was delivering only gospels — he must have gossiped!

But the people who are sad, they would like him also to be sad. All the figures, statues, paintings of Jesus seem to be false. And they have been changing down the ages. In the earliest pictures he was shown without beard and mustache. After two centuries, suddenly the beard and the mustache appeared — because without a beard and a mustache he did not look like a prophet; he looked too young, not mature enough. A face without a beard and without a mustache looks a little boyish… suddenly the beard appeared.

In the East just the opposite has been the case. Buddha is never painted with a beard, neither is Krishna or Mahavira, neither is Rama or Patanjali… nobody. Why? — because the Eastern idea is that these people were so young, spiritually young, that it is better to let them appear young from the outside too. The outside should represent the inside. Buddha became very old, he died when he was eighty-two, but still he is never depicted as having a beard.

Jesus died when he was only thirty-three, but the beard appeared after two centuries. Still his face was not sad. After two centuries even that face changed. He became more and more sad — as if he were carrying the whole burden of the earth. Now they have changed him into the savior; he is carrying the cross. He has come to deliver you from your sufferings, he is taking your sufferings on himself. And they have falsified this beautiful man who used to enjoy the company of very ordinary people — carpenters, laborers, gardeners, fishermen, gamblers, prostitutes, drunkards, tax collectors, every kind of people — even tax collectors!

They are making him more and more abstract; he is losing his earthliness. He is becoming more and more a concept rather than a real human being; he is losing his humanity. He is no more the Son of Man, he is becoming only the Son of God. These are the sad people who are projecting their sadness on him. They say he never laughed — I can’t believe it. I can believe a far more impossible thing….

The followers of Zarathustra say that he laughed the very moment he was born — I can believe that, that he was born laughing. It looks absolutely impossible — no child is ever born laughing — but it has something beautiful about it. Zarathustra getting out of the womb, laughing, appeals to me more. Such a joyous spirit! That’s why Zarathustra could not become a world religion. The followers of Zarathustra are confined to Bombay only. And they are good people — not religious in the ordinary sense, not at all.

I can believe Zarathustra coming into the world laughing, but I cannot believe Jesus never laughing, because to me sadness can never become the source for the search — although millions of people go in search of God just because they are sad. You remember God only when you are unhappy, miserable; when you are in deep anguish then you remember God, otherwise who cares?

But let me tell you: if you remember God only when you are miserable, your remembrance is not worth anything. It is almost a complaint; it is not a prayer, it cannot be. You cannot be grateful for being miserable, and prayer needs to be essentially gratitude.

Buddha says: THE SEEKER IS NOT SORRY. He is telling his bodhisattvas: Go to the people and tell them that if you don’t drop your being sorry you can never become a real seeker. Seek God out of happiness, seek God out of joy, seek God because this call of the cuckoo is so beautiful, because the songs of the birds are so joyous, because the flowers are so ecstatic, because life is such a blessing. Look at the blessing that life is and then go for the source of it. From where are all these songs and all these flowers and all these stars born? What is the cause of it all, of this mysterious existence?

People go to the temples, but there is no dance in their eyes. Going to the temple and no dance in your feet and no dance in your eyes — then why are you going? What is the point? Why are you wasting your time? People are praying, but there is no joy, there is no light on their faces. Then why are you wasting your time and God’s time? But one thing is good: that God is utterly deaf — deaf to all languages. He listens only to silence, he is available only to silence. So you can go on praying — nobody is listening. It is a monologue.

Martin Buber says that prayer is a dialogue. I say no, unless a prayer is absolutely silent it is not a dialogue. Martin Buber says a prayer means an I/Thou dialogue. If there is I, then there can be no Thou; these two things can’t exist together. If there is I AND Thou, then the Thou is only a projection and there is no dialogue at all; it is a monologue. You can believe that somebody is listening — nobody is listening. You are simply wasting your time, your breath. Do something else, anything will be better. Even playing cards will be far better, drinking Coca-Cola will be far better!

Your prayers are meaningless. You cannot hide the fact. If you move towards God or truth in sadness, in misery, in some way or other, your life will show it. Truth cannot be repressed.

The Gladwells had a baby born without ears. They brought it home and their neighbors, the Petersons, were preparing to visit it. “Now, please be careful,” said Mrs. Peterson to her husband. “Don’t say anything about the baby not having any ears.”
“Don’t worry,” said Peterson. “I won’t do anything to hurt their feelings.”
So they went next door, up into the nursery and stood over the new baby’s crib with the Gladwells. “He’s so cute,” said Mrs. Peterson to the baby’s mother.
“Yeah,” agreed Mr. Peterson. “What strong arms and legs the kid has — he’s gonna grow up to be a bruiser.”
“Thanks,” said the baby’s father.
“How’s the kid’s eyes?”
“They’re perfect!” said Gladwell.
“They’d better be — he won’t ever be able to wear glasses!”

Somehow or other it is going to come up. How can you avoid it? The more you avoid, the greater is the possibility you will stumble upon it. In fact, the very effort to avoid it makes you focused on it; then you can’t see anything else.

A very holy man went into an optician’s one day to order a new pair of spectacles. Behind the counter was an extremely pretty girl, which reduced the customer to total confusion.
“Can I help you, sir?” she asked with a ravishing smile.
“Er — yes — er… I want a pair of rim-speckt hornicles… I mean I want a pair of heck-rimmed spornicles… er… I mean….”
At which point the optician himself came to the rescue.
“It’s alright, Miss Jones. What the holy man wants is a pair of rim-sporned hectacles.”

Hence Buddha says the seeker has to start his journey not out of misery but out of joy. Rejoice in life.