Osho – The secret of immortality is to die as an ego 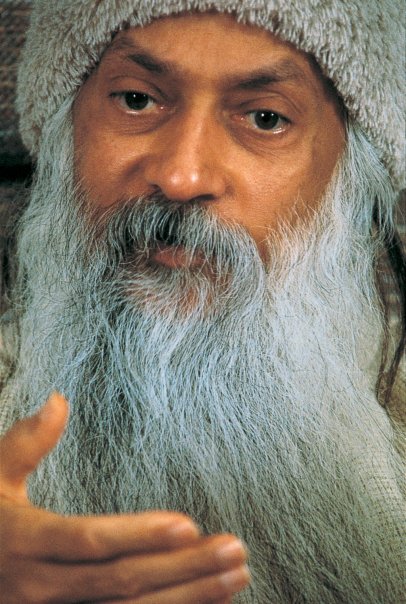 Osho – The secret of immortality is to die as an ego. Be just a zero and you have attained to the eternal, because the zero cannot be killed by death. The ego can be killed by death, it is bound to be because it is our invention, it is man-made — and whatsoever is man-made cannot last forever. Even if we make castles of rocks, sooner or later they will disappear, they will become sand. It is only a question of time but nothing which is made by man can
remain.

Once I was staying in a small village, one of the smallest villages I have ever visited. Only ninety people lived there, but just seven hundred years before it was one of the greatest cities of this country; nine hundred thousand people lived there. The whole place is full of palaces and there is nobody to live in them; all are falling down, all are ruins.

There is only one small hotel for the tourists, with only five rooms because nobody ever comes. I was staying with a very rich man and he was planning to make a beautiful house in his own city and he was continuously talking about it. I listened to him; again and again he was obsessed with the idea of how to make that house the most beautiful in the whole of the city — and he lived in a big city, he lived in Calcutta. To make a house in Calcutta which surpasses all the houses is not easy; it is one of the most populated cities of the world and has beautiful palaces. But he had money and he could manage it, so he was asking my advice,

Rather than giving him advice I took him out and I told him ‘Just look around — for miles there are ruins.’ I said ‘Think how much these people must have planned. For hundred of years this city was being built… great palaces. There are mosques where ten thou and people can pray together. There are caravanserais, ruins, where ten thousand camels can stay together. It was one of the greatest cities, but now there are only ruins, And what are you planning for? I asked him, ‘Even if you make a beautiful house, you will be gone, your house will be gone. Nothing man-made is going to stay forever — why waste your energy? Rather than wasting energy in something man-made, why not discover that which god has made within you?’

It was very shocking to him, he was not expecting this. But the shock was of immense value — the man changed. For the throe days we stayed together he never talked about the house. Many times I asked ‘What about the house?’ He said ‘Forget all about it. You destroyed it before I made it.’ And he never made it. When I last visited him he was just on his deathbed and he said, ‘You saved my energy, because once that idea was dropped I had all the energy to discover myself.’

Amrit Shunyo means become a zero, drop the ego and all the projections of the ego so that you can discover the eternal within you. We belong to eternity, we are part of eternity. We should not waste ourselves in small creations which are just soap bubbles, nothing much, not more than that.

These are the only two possible ways for a person to live: either as an ego or as a zero. A sannyasin lives as a zero, a nobody, a nothingness. And immense is his joy, great is his bliss, infinite is his beauty, because god starts pouring through him. Just because he is a zero he becomes a vehicle, a passage; there is no obstruction in him. The ego is the greatest obstruction. The ego means your flute is blocked, stuffed, no song can flow through it. To be a zero means you are just a hollow bamboo and god can make a flute out of you.