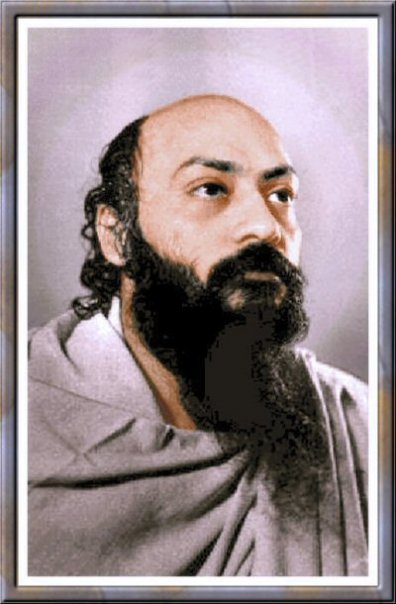 The argumentator already thinks he knows the truth. He is not a seeker. He already believes in the truth, he is not an explorer. He believes that he has found, although that belief is absolutely unfounded, It is not true. He has just accumulated ideas which are floating in the air, from the scriptures, from the traditions, from people around, and he is trying to convince himself and others that these ideas are his. In fact no thought is yours — they are all unoriginal. Thought as such is never original; no-thought is original.

If you are in an argument with existence then you are trying to prove your thought, right and existence is absolutely silent: you can go on imposing your ideas — existence will not refute them, remember. For thousands of years people believed that the earth is flat. The earth never denied it, not even once.

People believed that the sun goes around the earth, and the sun never denied it — -who bothers? Do you bother what mosquitoes go on thinking about you? Nobody bothers whether the mosquitoes think that Jesus is the messiah or not, whether Mohammed is the prophet or not, whether Buddha is really enlightened or not. In the same way existence has no interest in what man thinks.

The seeker has to be silent, then god speaks. If you speak then god remains silent. Only one can speak. If you want to listen to the voice of existence itself then learn the art of being silent. Then disappear completely. Then just be there, available, open, receptive, and you will be flooded with truth, with light and that light, that truth, will liberate you, will make you what you are supposed to be, what you intrinsically need to be. Your real destiny will be fulfilled. You will feel immense gratefulness and tremendous contentment. But one has to learn the art of being silent, then a dialogue with existence happens.

Martin Buber, one of the most important Jewish thinkers of this age, has written a famous book, I AND THOU, and he propounded the idea that prayer is an I-Thou dialogue. But he was just a thinker not a mystic — a philosopher but not a Buddha. He came very close, he almost stumbled on the truth — but stumbled. He guessed approximately but missed too.

When real dialogue happens there is only Thou, no I. That is the beginning of dialogues the I disappears, there is only Thou. And then the end of the dialogue is when Thou also disappear, there is complete silence. Jalaluddin Rumi, one of the most significant Sufi mystics, has reached a little deeper than Martin Buber. In his famous poem a lover knocks on the door of his beloved, and the beloved asks from inside ‘Who are you?’ He says ‘Cannot you guess by my voice, by my footsteps?’ And the beloved says ‘If you still are that much then this house is very small — it cannot contain two. When you have completely disappeared come back.’

And the lover goes and moves into the forest. Moons come and go, days pass, months pass, years pass, and one day he is no more. So Rumi says he comes back and knocks on the door. There is the same question again ‘Who are you? He says ‘I am no more — only you are, and the door opens, he is received.’

He goes a little deeper than Martin Buber but as far as I am concerned it too is only the beginning, not the end. If I am to write the poem or if I meet Jalaludin Rumi then I will insist on his changing it, adding something more to it; it is half. He must have written it in his early days. He must have written it when he had attained only the experience of satori, not of samadhi, because if the man had really dropped his ego who would be there to come back and knock on the door? I would change this much, the last part.

The first part is beautiful: years pass and slowly slowly he disappears. Then there is nobody to come back. Now the beloved comes in search of him — that would be my end of the story. She comes and shakes him up out of his meditation saying, ‘What are you doing? I have been waiting and waiting and waiting.’

Osho – Unless words come out of silence they are dead