Osho – The seer is behind the senses; he moves through the senses to the world 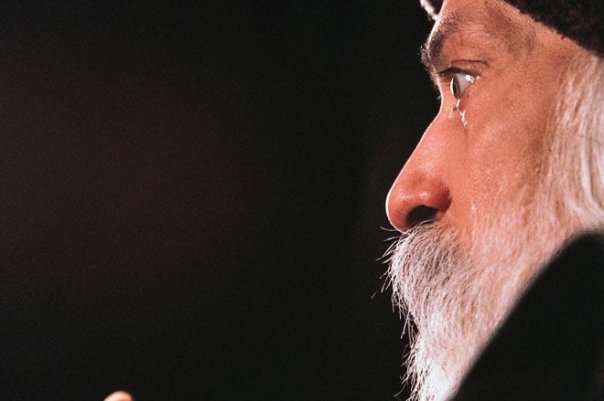 Three things have to be understood first before we enter the techniques. Firstly, when you see through the eyes, the eyes are not seeing: they are only openings to see. The seer is behind the eyes. That which looks through the eyes is not the eyes. That is why you can close your eyes and still see dreams, visions, images. The seer is behind the senses; he moves through the senses to the world. But if you close your senses, the seer remains within.

It looks difficult to remain in, because for our minds even this thinking of how to remain in becomes a going out. We start thinking: the ”how” starts thinking. To think about the in, the inner, is also a thought for us – and every thought as such belongs to the outer, never to the inner, because in the innermost center you are simply consciousness.

Thoughts are like clouds. They have come to you, but they do not belong to you. Every thought comes from the outside, from without. You cannot produce a single thought inside, within. Every thought comes from the outside; there is no possibility of creating a thought within. Thoughts are like clouds coming to you. So whenever you are thinking, you are not in – remember. To be thinking is to be out. So even if you are thinking about the inner, the soul, the self, you are not in. All these thoughts about the self, about the inner, about the within, have come from without; they do not belong to you. To you belongs only simple consciousness, sky-like, without the clouds.

So what to do? How to gain this simple consciousness inside? Some devices are used, because directly you cannot do anything. Some devices are needed through which you are thrown in, thrown to it. This center always needs an indirect approach; you cannot approach it directly. Understand this clearly, because this is very basic.

You are playing, and later on you report that it was very blissful, that ”I was feeling very happy, I enjoyed it. A subtle happiness has been left behind.” Someone listens to you. He is also after happiness – everyone is. He says, ”Then I must play, because if through playing happiness is achieved, then I must achieve.” He plays also, but he is directly concerned with happiness, with bliss, with enjoyment. Happiness is a by-product. If you are totally in your play, absorbed, happiness results, but if you are constantly hankering for happiness nothing happens. The play is the start.

You are listening to music. Someone says, ”I feel very blissful.” But if constantly you are directly concerned with bliss, you will not even be able to listen. That concern, that greed for bliss will become a barrier. Bliss is a by-product, you cannot grab it directly. It is so delicate a phenomenon that you have to approach it only indirectly. Do something else and it happens. You cannot do it directly.

Whatsoever is beautiful, whatsoever is eternal is so delicate that if you try to grab it directly it is destroyed. That is what is meant by techniques and devices. These techniques go on telling you to do something. That which you are doing is not significant; that which results is significant. But your mind must be concerned with doing, with technique, not with the result. The result happens – it is bound to happen. But it always happens indirectly, so do not be concerned with the result. Be concerned with the technique. Do it as totally as possible, and forget the result. It happens, but you can become a barrier to it.

If you are concerned only with the result, then it will never happen. And then it becomes very strange. People come to me and say, ”You said that if we do meditation this will happen, but we are doing it and this is not happening.” And they are right, but they have forgotten the condition: you have to forget about the result, only then does it happen. You have to be in the act totally. The more you are in the act, the sooner the result happens. But it is always indirect. You cannot be aggressive about it; you cannot be violent about it. It is such a delicate phenomenon; it cannot be attacked. It only comes to you while you are engaged somewhere else so totally that your inner space is vacant.