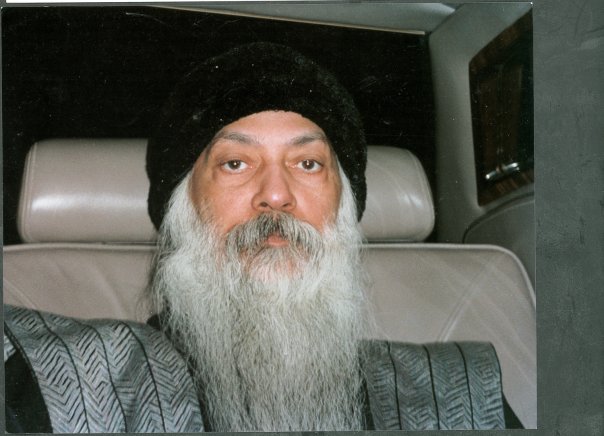 Question – Sometimes it seems like wherever i go i am facing the wall.

The wall is of your own ego — ego surrounds you like a wall. It persuades you that by surrounding you in this way it will protect you. That’s the seduction of the ago. It goes on telling you again and again, ‘If I am not there you will be unprotected, you will become too vulnerable, and there will be too much risk. So let me guard you, let me surround you.’

It is just like when you close your door and hide behind it because you are afraid of the enemy. Then a friend comes but the door is closed, he cannot enter. If you are too afraid of the enemy then the friend also cannot enter into you. And if you open the door for the friend, there is every risk that the enemy may also enter. One has to think about it deeply; it is one of the greatest problems in life. And only a very few courageous people tackle it rightly, others become cowards and hide and then their whole life is lost.

But if you are alive, then there are millions of problems. The more alive the person, the more problems there are. But there is nothing wrong in it because struggling with problems, fighting with the challenge, is how you grow. The ego is a subtle wall around you. It does not allow anybody to enter into you. You feel protected, secure, but this security is deathlike. It is the security of the plant inside the seed. The plant is afraid to sprout because — who knows? The world is so hazardous and the plant will be so soft, so fragile. Behind the wall of the seed, hiding inside the cell,
everything is protected. Or think of a small child in the mother’s womb. Everything is there — whatsoever the need of the child it is fulfilled immediately. There is no anxiety, no fight, no future. The child simply lives blissfully. Every need is fulfilled by the mother.

But would you like to remain always in your mother’s womb? It is very protective. If it was given to you to choose, would you choose always to be in the mother’s womb? It is very comfortable, what more comfort is possible? Scientists say that we have not yet been able to make a situation more comfortable than the womb. The womb seems to be the last, the ultimate in comfort. In fact, Freud and his followers say that the desire of moksha is nothing but the desire for the same lost womb of the mother. So comfortable — no anxiety, no problem, no need to work. Sheer existence. And everything is supplied automatically — the need arises and immediately it is supplied. There is not even the trouble of breathing — the mother breathes for the child. There is no bother about food — the mother eats for the child.

But would you like to remain in the mother’s womb? It is comfortable but it is not life. Life is always in the wild. Life is there outside. The English word ‘ecstasy’ is very, very significant. It means: to stand out. Ecstasy means to get out — out of all shells and all protections and all egos and all comforts, all deathlike walls. To be ecstatic means to get out, to be free, to be moving, to be a process, to be vulnerable so that winds can come and pass through you.

We have an expression, sometimes we say, ‘That experience was outstanding.’ That exactly is the meaning of ecstasy: outstanding. When a seed breaks and the light hidden behind starts manifesting; when a child is born and leaves the womb behind, all the comforts and all the conveniences behind, moves into the unknown world — it is ecstasy. When a bird breaks the egg and flies into the sky, it is ecstasy.

The ego is the egg and you will have to come out of it. Be ecstatic! Get out of all protections and shells and securities. Then you will attain to the wider world, the vast, the infinite. Only then you live, and you live abundantly. But fear cripples you. The child, before he gets out of the womb, must also be hesitating about whether to get out or not. To be or not to be? It must take one step forward and another step back. Maybe that’s why the mother goes through so much pain. The child is hesitating, the child is not yet totally ready to be ecstatic. The past pulls it back, the future calls it forth, and the child is divided.

This is the wall of indecision, of clinging with the past, of clinging with the ego. And you carry it everywhere. Sometimes, in rare moments, when you are very alive and alert, you will be able to see it. Otherwise, although it is a very transparent wall, you will not be able to see it. One can live his whole life — and not one life, many — without becoming aware that one is living inside a cell, closed from everywhere, windowless — what Leibnitz used to call ‘monad’. No doors, no windows, just closed inside — but it is transparent, a glass wall.

SOMETIMES IT SEEMS THAT WHEREVER I GO I AM FACING THE WALL.

Not facing it exactly, you are carrying the wall in front of your eyes. When your eyes have a clarity then you see it; when your eyes are dull and you are unconscious you can’t see it. This ego has to be dropped. One has to gather courage and shatter it on the floor. People go on feeding it in millions of ways, not knowing that they feed their own hell.

Mrs. Cochrane was standing beside the coffin of her dead husband. Their son stood at her elbow. The mourners, one by one, passed in review.
‘He’s feeling no pain now,’ said Mrs. Croy. ‘What did he die of?’
‘Poor fella,’ said Mrs. Cochrane. ‘He died of gonorrhoea!’
Another woman gazed at the corpse. ‘He’s well out of it now,’ she said. ‘He’s got a smile of serenity on his face. What did he die from?’
‘He died of gonorrhoea!’ said the widow.
Suddenly, the son pulled the mother aside. ‘Mom,’ he said, ‘that’s a terrible thing to say about Pop. He didn’t die of gonorrhoea. He died of diarrhoea!’
‘I know that!’ said Mrs. Cochrane. ‘But I’d rather have them thinkin’ he died like a sport — instead of the shit-he was!’

To the very end they go on playing games continuously. The ego does not allow you to be true, it goes on forcing you to be false. The ego is the lie, but that one has to decide. It needs great courage because with it will shatter all that
you have been nursing up to now. It will shatter your whole past. With it YOU will shatter completely. Somebody will be there but you will not be that person. A discontinuous entity will arise within you — fresh, uncorrupted by the past. Then there will be no wall; then wherever you will be, you will see the infinite without any boundaries.

The old man, entering his favourite bar, found that the usual barmaid had been replaced by a stranger. He was nonplussed at first, but gallantly told her that she was ‘the bestlooking girl I’ve seen in a long time’.
The new barmaid, a haughty type, tossed her head and replied acidly, ‘I’m sorry I can’t return the compliment.’
‘Oh well, my dear,’ the old man answered placidly, ‘Couldn’t you have done as I did? Couldn’t you have told a lie?’

All our formalities are nothing but helping each other’s ego. They ARE lies. You say something to somebody and he returns the compliment. Neither you nor he is true. We go on playing the game: etiquette, formalities, the civilised faces and masks.

Then you will have to face the wall. And by and by, the wall will become so thick that you will not be able to see anything. The wall goes on getting more and more thick every day — so don’t wait. If you have come to feel that you are carrying a wall around you, drop it! Jump out of it! It takes only a decision to jump out of it, nothing else. Then from tomorrow don’t feed it. Then whenever you see that you are again nursing it, stop. Within a few days you will see it has died, because it needs your constant support, it needs breastfeeding.