Osho – The woman can be a prefect disciple, but cannot be a perfect master 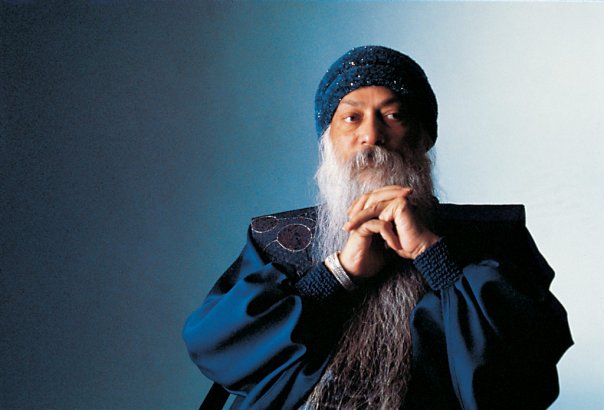 Question – Beloved Osho, Women have a better feeling for others than Men Do. How come there have been No Great Masters among them so Far?

Osho – It is a very delicate question, and a little difficult too — about women everything is difficult — but I will try my best.

First, you never ask why no man in the whole history of existence has been pregnant, why he has not given birth to a child. You simply know that biologically he has no womb. He can make many women pregnant. This has to be understood; that’s why there have been religions which allow four wives to a man, but no religion allows four husbands to a women, for the simple reason that a man can make many women pregnant. But once a woman is pregnant, then you can bring Muhammad Ali the Great — even he cannot do anything; for nine months the woman is booked.

I know women have a much more feeling heart, are more loving, are more open, are more receptive. But these are the qualities of a disciple, not of a master. The disciple has to be open, receptive, vulnerable, loving, feeling. The only thing the disciple has to drop is his mind, not his heart. His mind is a constant disturbance. It goes on creating skepticism, and a disciple cannot be a skeptic.

The woman can be a prefect disciple, but cannot be a perfect master. Now, I am not responsible for it, I am simply saying what the fact is. And you can see it with your own eyes. I have more women disciples around the world than men, and I can trust women more than men. I have given every responsible job in all the communes around the world to women, not to men.

You must be surprised, because man has better reasoning, is more rational, is more authoritative, is more interested in being higher and higher in a hierarchy. The woman is not interested in hierarchy. Her interest in life is not through reasoning, but through feeling. Logic is not her world — love is her world. To be a master is a very strange job. You have to convince people about the heart by argument and reason, rationality, philosophy; you have to use the mind as a servant for the heart. The master’s work is to take your mind away from you, so that your whole energy moves into your heart.

The word “theology” has to be understood: theo means God, logy is logic — logic about God. Mind is capable of creating logic about God, arguments about God. God is not there, but through your argumentation, your reasoning, you can create a hypothetical God. All gods of all religions are hypotheses, and hypotheses which are absolutely unnecessary — not only unnecessary but dangerous, because if you get caught up in those hypothetical gods you are not going to ever find the authentic truth.

Heart knows no argument; it feels. And existence has to be felt. Even when a man feels existence, he feels through the heart. But the heart cannot convince anybody. The man has a tremendous capacity for logic and reason. Once he has found reality, enlightenment, through his heart, he can use the mind to spread the fragrance that he has found. The woman cannot do it. That’s why there have been not only no great masters, there have been no masters who were women. Even the famous religious women saints were disciples.

Saint Teresa — I don’t mean Mother Teresa — Saint Meera, Saint Lalla… these three women were absolutely capable of becoming great masters, but the could not. They became enlightened, but they remained devotees. And there is nothing great in being a master; it is just a technical thing. The real thing is to realize your potential and your flowering.

Your question is like: “Why in history has a woman never been a husband?” What can I do? A woman has to be a wife, and there is no suggestion that the husband is higher than the wife. In fact, just the opposite is the case.

I have never come across any husband who is not henpecked. If you don’t want to become henpecked, then be a freelance lover, then never get married. Marriage simply means you have surrendered your freedom, your individuality — everything. Yes, when you go out of the house you go like a lion, roaring. But when you come back to the house you come like a rat, trembling. It is a strange thing.

This is a factual story I am going to tell you. Akbar, a great Mogul emperor in India — perhaps the greatest Mogul who has ruled India — was very curious about everything. One day he asked his council of wise people — he had collected nine of the most famous wise men around himself in his court — he asked them, “Can you find a husband who is not henpecked?”

Only one remained silent. He was the most wise; his name was Birbal. The other eight said, “Yes, we can find many husbands, what to say about one?”
Akbar looked at Birbal and he said, “You have not raised your hand.”
He said, “I cannot, because even you are a henpecked husband. You are a great emperor of a vast subcontinent, and I know the moment you enter your harem, you are nobody; the woman rules over you. These eight people don’t know the reality. First they should think about themselves. I would like to ask these eight people, `Are you henpecked or not?’ As far as I am concerned, I am. When I cannot remain free, I don’t believe these people are free. They have not pondered over it. But give them a chance — if they can find one, it will be a revelation.”

They were really precious. In those days horses were something of a treasure; to have a beautiful, strong horse was a great joy. Now there are no more horses; there are cars which have horsepower.

Those eight wise men went around the capital, and they were getting frustrated again and again, because they could not find one. The condition was: “If you say you are not henpecked, and it is proved not right, you will be hanged. If it is proved right, one of these two horses will be your reward.” There was nobody courageous enough to take the risk.

Only one man they found, who was a very strong man — seven feet tall, a great wrestler, a champion wrestler. He was sitting outside his house in the garden. His body was something to see; so solid that if he hit a man just with his fist, he could kill him. He looked like a man made of steel.

They thought, “Perhaps this man is the man we are searching for.” They asked him, “Are you henpecked?”
He said, “If you repeat it again, I will kill all of you. Me henpecked? Are you mad?”

They looked inside the house. A very small woman, very thin, was cooking food. The eight men said to the strong man, “Just to find out the facts — which horse would you like as a reward, the black or the white?”

In the house, within the boundaries of the house, the woman has tremendous power. But she is not interested in the outside world. Women’s natures are different. A woman can become a great disciple, but for a woman to become a master is almost impossible. But there is no question of somebody being higher.

The master is not higher than the disciple. The master is simply trying to awaken you. The moment you are awakened there is no master and no disciple. It is just out of gratitude that the disciple remains a disciple — just out of gratitude. But there is no difference; they have known the same reality. They have become what nature wanted them to become, they have blossomed.

I don’t have any master. In my previous lives I never had any master. I have lived with many masters, I have known many masters, but I could not manage to become a disciple. That is why I am so late; otherwise, Jesus would not have preceded me. But it was simply difficult for me to be a disciple. I remained searching, and searching on my own. Yes, it took many many lives to arrive where I have always been.

I have never been initiated by anyone. I am not a sannyasin. I am really outside of any crowd, and that’s the way I have always been. It was a long, arduous journey to find that there is nothing to find. Women are far more fortunate, because the beginning is in their hand, and the beginning is almost half the achievement. That I can see myself.

This was the basic reason why women could not become great masters. But there is no need to feel sad. They became great disciples — which is far more fortunate, because to begin from the beginning is easier than to begin from the end.

One thought on “Osho – The woman can be a prefect disciple, but cannot be a perfect master”