Skip to content
Osho on Master - Disciple Osho on Silence 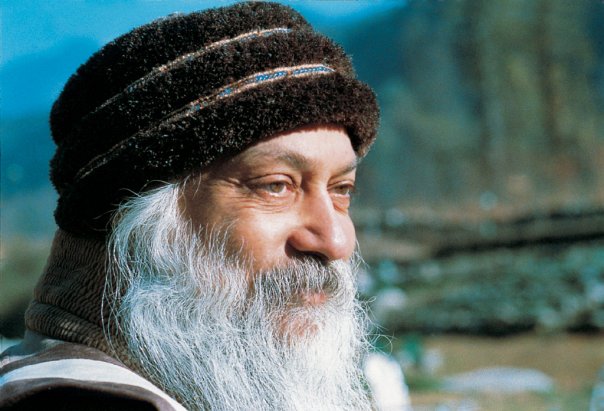 Question – Beloved Osho, When I sit in your lecture I feel your silence and feel I become part of it. This is a wordless process in melting more and more into silence. At the same time, there are words from you. I hear them, and suddenly a connection happens from the silence to the words, and I feel golden, golden gratefulness about your beloved, wonderful words. the silence and the words are one. Please can you say something about this process — if it is really possible that words can say the wordless.

Osho – Yes, the word can say the wordless but only to the chosen few, only to those who are absolutely silent. The word coming out of silence carries around it the wordless silence.

In Mahavira’s life a strange thing is reported. It is very difficult to say that it can be factual, historical. Particularly in the outside world, it will look absolutely absurd and irrational.

So whenever it is said that Mahavira said this, remember, what he said is not a direct statement. Mahavira never spoke, he was silent. But something transpired between him and his chosen group of disciples, and those disciples became his spokesmen. They went around spreading his message.

All the eleven had to immediately write down what they heard, and because all eleven could not have imagined the same thing, it becomes an absolute guarantee: they have heard, silence has spoken to them. From silence to silence there has been a communion.The followers of Mahavira cannot prove this.

I have asked many Jaina monks, “Can you prove this?”
And they said, “Those were the days of truth, and this is the age of darkness. Now it cannot be proved; neither can it be experienced.”

To them it is simply a belief, and most often they don’t mention it because it is embarrassing. If somebody raises a question, they don’t have the right answer. But in this mystery school it is happening, so there is no question of the story about Mahavira being a fiction.

As my sannyasins are growing in silence, moving deeper into meditation — as their masks are falling down, as they are becoming more and more innocently connected with me — first it will happen that they will hear my words, and along with my words, the wordless message.

And at the second step, there will be no need for me even to use the word. I can simply sit here, and you can hear the wordless message. And before I leave this body, I want it to become an existential experience not only to eleven people but to thousands of people. Only that can give credibility to Mahavira’s story. In twenty-five centuries Mahavira’s disciples have failed, they have not been able to bring any rationality — because it is not a question of reason, it is a question of meditation.

And you will be surprised that Mahavira’s whole life is the life of meditation, and in Jainism meditation is simply forgotten. The whole religion has become a ritual. So it is true: you can hear the wordless side by side with my words. And soon you will be able to hear the wordless even without the words. And that day will be a day of great celebration — when I can speak to you without speaking.

A silent meeting, a communion with no noise, a music with no sounds… nothing is said but everything is heard, understood, immediately experienced.