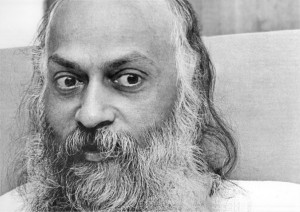 Osho – The world can come to a harmony if meditation is spread far and wide, and people are brought to one consciousness within themselves. This will be a totally different dimension to work with.

Up to now it was revolution. The point was society, its structure. It has failed again and again in different ways. Now it should be the individual; and not revolution, but meditation, transformation.

And it is not so difficult as people think. They may waste six years in getting a master’s degree in a university; and they will not think that this is wasting too much time for just a degree which means nothing.

It is only a question of understanding the value of meditation. Then it is easily possible for millions of people to become undivided within themselves. And they will be the first group of humanity to become harmonious. And their harmoniousness, their beauty, their compassion, their love — all their qualities — are bound to resound around the world.

My effort is to make meditation almost a science so it is not something to do with religion. So anybody can practice it — whether he is a Hindu or a Christian or a Jew or a Mohammedan, it doesn’t matter. What his religion is, is irrelevant; he can still meditate. He may not even believe in any religion, he may be an atheist; still he can meditate.

Meditation has to become almost like a wildfire. Then there is some hope. And people are ready: they have been thirsting for something that changes the whole flavor of the society. It is ugly as it is, it is disgusting. It is at the most, tolerable. Somehow people have been tolerating it. But to tolerate is not a very joyful thing. It should be ecstatic. It should be enjoyable. It should bring a dance to people’s hearts.

And once these divisions within a person disappear, he can see so clearly about everything. It is not a question of his being knowledgeable, it is a question of his clarity. He can look at every dimension, every direction with such clearness, with such deep sensitivity, perceptiveness, that he may not be knowledgeable but his clarity will give you answers which knowledge cannot give.

This is one of the most important things — the idea of utopia — which has been following man like a shadow for thousands of years. But somehow it got mixed up with the changing of society; the individual never got looked at .

Nobody has paid much attention to the individual — and that is the root cause of all the problems. But because the individual seems to be so small and the society seems so big, people think that we can change society, and then the individuals will change. This is not going to be so — because “society” is only a word; there are only individuals, there is no society. The society has no soul — you cannot change anything in it.