Osho – There are no degrees of enlightenment 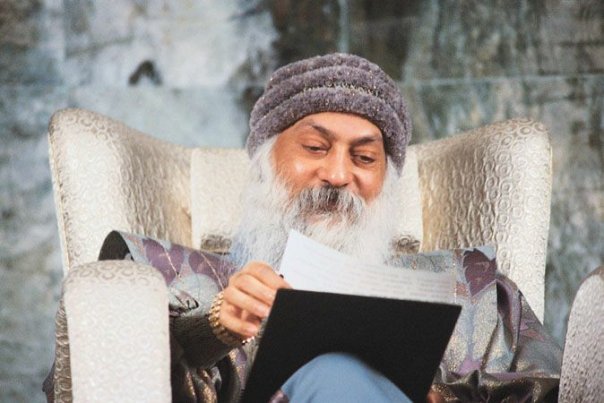 Osho – There are no degrees of enlightenment. Once it is, it is there. It is just like jumping into an ocean of feeling. You jump, you become one with it, like a drop dropping into the ocean becomes one with it. But that doesn’t mean that you have known the whole ocean.

One thing to remember: ignorance has no beginning, but it has an end. You cannot know from what point your ignorance begins; you always find it there; you are always in the midst of it. You never know the beginning: there is no beginning.

So enlightenment is not ”knowing” in this sense; it is not knowing as a suicide, it is knowing in the sense that it is an opening into greater mysteries. ”Knowing” then means that you have known the mystery, you have become aware of the mystery. It is not that you have solved it: it is not that there is a mathematical formula and now everything is known. Rather, the knowing of enlightenment means that you have come to a point where the mystery has become ultimate. You have known that this is the ultimate mystery; you have known it as a mystery, now it has become so mysterious that you
cannot hope to solve it. Now you leave all hope.

But this is something very different from the knowing of science. The very word science means knowing, but knowing in the sense of making a mystery demystified. Religious knowing means something quite the contrary. It is not demystifying reality; rather, all that was known before becomes mysterious again, even ordinary things about which you were confident, absolutely confident, that you knew. Now even that gate is lost. Everything, in a way, becomes gateless – endless and unsolvable.

Knowing must be conceived of in this sense: it is participating in the exclusive mystery of existence; it is saying yes to the mystery of life. The intellect – intellectual theory – is not there now; you are face to face with it. It is an existential encounter – not through the mind, but through you, the totality of you. Now you feel it from everywhere: from your body, from your eyes, from your hands, from your heart. The total personality comes in contact with the total mystery.

You can conceive of it from so many points of view. If one comes to this state of mind through kundalini it will be an endless flowering. The one thousand petals of the sahasrar do not mean exactly one thousand: the ”one thousand” simply means the greatest number – it is symbolic. This means that the petals of kundalini that are flowering are endless; they will go on opening and opening and opening. So you will know the first opening, but the last will never be there because there is no limit to it. One can come to this point through kundalini or one can come to it through other ways.
Kundalini is not indispensable.

Those who reach enlightenment by other paths come to this same point, but the name will be different, the symbol will be different. You will conceive of it differently because what is happening cannot be described, and what is being described is not exactly what is happening. The description is an allegory, the description is metaphoric. You can say it is like the flowering of a flower – though there is no flower at all. But the feeling is just as if you are a flower that is beginning to open; the same feeling of opening is there. But someone else can conceive of it differently. He can say, ”It is like the opening of a door – a door that leads to the infinite, a door which goes on opening.” So one
can use anything.

Tantra uses sex symbols. They can use them! They say, ”It is a meeting, an endless union.” When tantra says, ”It is just like maithuna, intercourse, what is meant is: a meeting of individuals with the infinite – but endless, eternal. It can be conceived of in this way, but any conception is bound to be just a metaphor. It is symbolic; it is bound to be. But when I say symbolic, I do not mean that a symbol has no meaning.

A symbol has meaning as far as your individuality is concerned because you conceived of it in this way. You cannot conceive of it otherwise. A person who has not loved flowers, who has not known flowering, who has passed by flowers but remained unacquainted with them, whose whole life is not concerned with the realm of flowering, cannot feel it as a flowering. But if you feel it as a flowering, it means so many things; it means that the symbol is natural to you, it corresponds somehow to your personality.