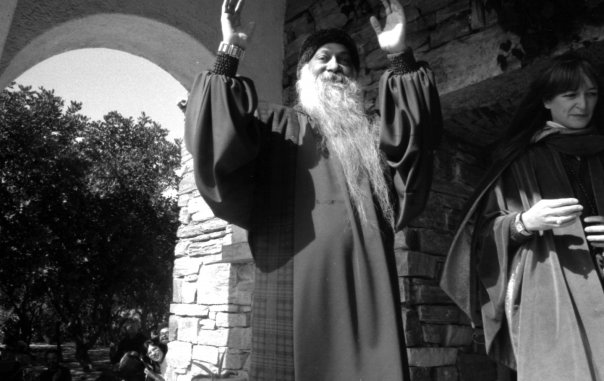 When a tantra worshipper is making love to his woman, first, for months he has to visualise the woman as being the goddess Tara. By and by the visualisation becomes settled; by and by he completely forgets that she is a human being. When she is no more a human being, only then is love allowed, not before it. The master goes on watching, the master has to observe, and until the moment that the master allows them to move into love-making they are to remain celibates because before that moment it will not be love; it will be simply lust.

So every day for hours the practitioner will sit in front of the woman. The woman will be on a high pedestal, sitting naked, nude, and he will simply sit and look at her for hours together and imagine – in the beginning it is imagination, visualisation – that she is divine, that she is not his woman, that she is the mother-goddess Tara. And by and by, months, sometimes years pass, by and by the body is no more human – it is no more made of bones and skin and blood; it starts becoming golden.

In fact it is so; the visualisation does not create a projection – it simply helps you to see the reality as it is. It simply helps you to drop the concept, the hypnotic concept, that the body consists only of the physical. Once you are helped through imagination this body no more really seems relevant; there is another body hidden behind it that starts being realised.

They both go on creating this harmony; one day it happens and it happens together – to both of them. That’s the beauty of it, it synchronises: when it happens, it happens to both. And then there is no doubt about it. It is not that the man is still uncertain as to whether it is his imagination – if he is uncertain, it has not happened. When it really happens there is no uncertainty, no doubt – it is one hundred percent so. And suddenly both become divine; it is a transfiguration. In that moment one can see their auras meeting, and the master then allows them: now they can move in love. Now there will really be love, no lust, it is no more sex. It is something divine, something of samadhi.