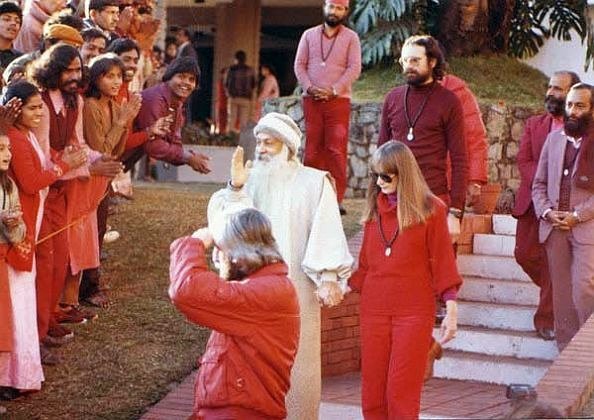 Osho – The path back home is certainly a razor’s edge. As you come closer and closer to yourself, the path goes on becoming narrower and narrower. At the very end of this path you are going to find your pure aloneness. The crowd has never found any truth. On the contrary, whenever anybody has found the truth, the crowd has rewarded him with crucifixion. To seek truth is the most dangerous, but very exciting, challenging, experiment.

An ancient Tibetan proverb says: One hundred seekers start; ninety-nine are lost somewhere on the way, go astray. Only one – that too, very rarely – reaches the goal of his search. With this proverb is attached a small story….

After long, long difficulties of mountainous paths the young man finally reaches to the main monastery. An audience is given to him. And the master says to him, ”I can understand. I will send one hundred people with you.”
The young man said, ”But I have asked only for one.” And the master said, ”Have you forgotten the old proverb? A hundred should go; rarely, one reaches.”

The proverb was certainly known to the young man, but he could not trust that a hundred people could go and only one would reach. But he could not argue either, with the chief of all the monasteries of Tibet. One hundred monks followed the young man.

They had not gone very far when they were stopped by a few soldiers with naked swords, who said, ”Our small kingdom has lost its master. We need a master urgently. The pay is good, the palace to live in, and you will be the only religious man in the whole kingdom. And we are simply conveying to you the orders from the emperor. Refusal can be dangerous – you can see the naked swords.”

Many of those hundred monks started thinking, ”This is a good place – why unnecessarily go deep into the mountains? It is close to Lhasa, the kingdom is rich, the monastery is rich, all facilities are available, and you will be the high priest of the kingdom…” So not only one, many wanted to go. The young man said, ”Have you forgotten?”
They said, ”We have not forgotten. You forget it – all! We are going to stay.”
The soldiers said, ”We need only one, but the monastery is big. If many of you want to come, you can be part of the monastery and the emperor will be immensely happy.”

Half of the crowd disappeared. The young man could not believe…. Just a few miles further they were again prevented, this time by a crowd. They needed four priests because the richest man’s daughter was being married, and the reward was going to be great.”… And it is only a question of a few days, and then you can go on wherever you are going.”
Immediately, more than four were ready, but the crowd said, ”We don’t want more than four.”
The other monks tried to ask them, ”What are you doing? We have been sent for a certain purpose, because of a certain message.”

They said, ”We are not going astray. It is only a question of a few days. Soon we will finish the marriage and we will come a little faster and join you. Your journey is long. The path is tedious. And we cannot miss this opportunity of earning, getting rewards, from the richest man.” Four persons again disappeared.

In this way it went on, and the young man started feeling that ”Perhaps I am the only one who is going to make it back!”

As they were passing a river, a very beautiful young woman with tears in her eyes said, ”You are all compassionate people. My father is a famous hunter – I live with my father, my mother is dead. He was supposed to come back this morning and it is evening and he is not back. And I am immensely afraid in this lonely part of the Himalayas. Won’t you be kind enough, at least one, to be with me for the night? And in the morning you can go as soon as my father comes home.”
Immediately a young man… in fact many were ready, but a young man said, ”I am coming. This is the essential teaching of Gautam Buddha – compassion!”

And this goes on…. It is a long story, how people went on disappearing. Finally only two monks and the young man remained. They were passing the last village and soon they would be arriving at the monastery. It was already shining in the morning sun on the mountains.

The young man said to the remaining two fellows, ”Don’t get involved in this. Our monastery is there, you can see it – so beautiful in the eternal snows of the Himalayas.”
But one of them said, ”I cannot move an inch. My master Gautam Buddha has been challenged. I am going to remain here. Either I will convert this man to Buddhism or I will be converted to his disciplehood, however long it takes.” So he was left in that village.

Only one monk and the young man reached the monastery. The young man said, ”I have passed through an immense experience. I had never thought that proverbs are so accurately true.”
The old master said, ”I knew he would send at least one hundred people because I had asked for one.”
The young man said, ”But you never mentioned it to me.”

The old man said, ”There was no need to mention it. This is how things go on happening in this world. We are fortunate that at least one has arrived. There is no certainty; there are so many by-paths, so many allurements, and once you have gone astray it is not easy to come back to the right path.”

The crowd consists of people who have all gone astray. Once in a while a courageous person comes out of the crowd and starts searching a path of his own. It needs daring, it needs courage, it needs intelligence. It needs trust in yourself, and also a deep understanding that you will be condemned by the crowd.

The crowd never likes people to be individuals. Individuals irritate the crowd very much. The crowd wants you just to be a part of the crowd, a Hindu, a Mohammedan, a Christian. The moment you declare that ”I am myself; neither a Hindu nor a Christian nor a Buddhist, and I am going to search on my own the truth of my being,” all the crowds around you will become antagonistic.

There is a deep psychology behind it. Your standing aloof and alone and moving in the direction of the unknown – without any companion, without any guide – irritates the mind of the crowd, because you are showing them that they are cowards clinging to each other like sheep, not moving like lions.

But the truth is not for the sheep. The sheep is not courageous enough to allow truth to reveal its mysteries and its glories to the mind of a sheep. The glories are so immense, so boundless, the mysteries are so infinite, that only the heart of the lion can rejoice, can dance, can sing.

Yes, there are moments when even the heart of the lion trembles, feels fear, because the path is so alone. And it goes on becoming narrower. As you are reaching higher and the path is becoming narrower, naturally, to look by the side… your whole being goes into a trembling. Just a single wrong step and you will be finished. On both sides are such depths….

But strangely enough, although the path is of the razor’s edge, nobody has fallen from it. Everybody has felt the fear, but existence supports those who are in search of truth. Its support is unconditional. Existence does not support those who are nothing but living lies. They may have great power, but their own power will destroy them. Many civilizations have existed on the earth and they destroyed themselves by their own power. We are not the first civilization in the world. Atlantis drowned – perhaps the people of Atlantis had reached a far higher civilization than we have.