Osho to a Con-Man and Hustler – There is a danger with intelligence; it can deceive itself 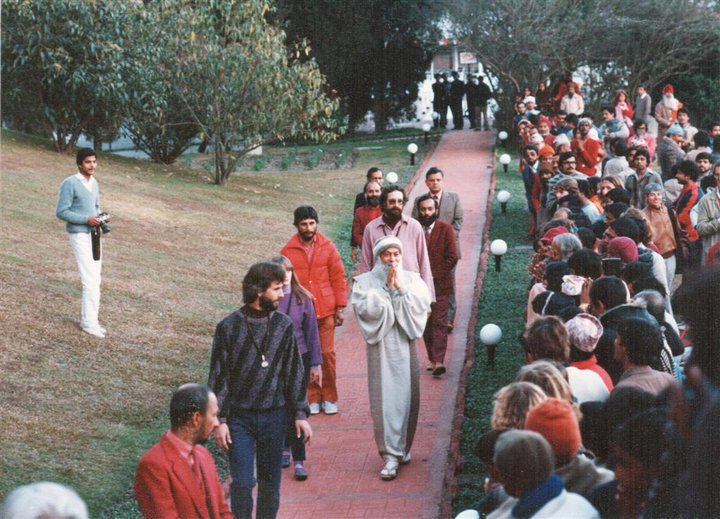 [A visitor had previously written to Osho, confessing he was a con-man and hustler. He had asked Osho to help him put his abilities to positive ends.]

Intelligence is a great gift, but with all gifts there is always a danger. That comes with the gift; that is part of it. That is the price we pay for it. No gift comes without danger. So nothing is wrong in it. Everybody who has a gift will misuse it – that’s a necessary training in life. You have misused it enough… and now you have understood it also. So now let it be a one-hundred-and-eighty degree turn. Once you take the turn, the same intelligence can be used tremendously creatively.

The cheater one day or other will see something has gone wrong, and that is the day the turning comes, the conversion. So as I see it, whatsoever has happened, has happened… and it was good. In fact, it has brought you to me, otherwise you would not have been here.

And now let it be total. Half hearted measures never help anybody. And I know it is going to happen…. This will be your name… and with this change of name you cut yourself from the past with one stroke of the sword, with one blow. There is no need to be gradual, and a gradual thing is not going to help you… only a sudden break. So dare the sudden, and with one blow of the sword simply die to the past… as if it has never existed.

Become absolutely new – whatsoever the risk and the cost; that’s not the point. Games you have enjoyed enough – now for this last part of life be real, and play the ultimate game of being real. Yes, being phoney pays – that’s why people are phoney – but being real pays tremendously. That’s why one day or other everybody has to come to the real. You can have the whole world, but if you don’t have your own reality you are a beggar. You may lose the whole world, but if you have got contact with your being you are an emperor. And by giving sannyas I don’t make beggars – I make emperors.

The word is buddhist and has a very particular meaning. It means’blowing out the candle’. It is a tremendously significant word. Buddha calls enlightenment ’blowing out the candle’ – the candle of the ego, the candle of ’I’. It is very small and gives a very yellow light and it is very smoky, but we become too much attached to it. Not much light comes out of it either but still we become attached to it. When one blows out this candle, the ego disappears.

That’s what Jesus says on the cross. For a moment he had wavered. Christians have not analysed it. In fact christianity has not been able to bring jesus in his real perfume to the world. On the cross he wavered for a single moment and he said in agony and with deep complaint,’Have you forsaken me, my lord? My god, have you forsaken me? What is this that you are doing to me?’

For a moment his ego takes hold of him and then he understands immediately that this is not right – what is he saying? Is this his own will against god’s? For one moment jesus said,’I don’t will this…. I don’t want this. What are you doing? Have you forsaken me?’ He understood it. He was a man of tremendous awareness. And in a single moment he blew out the candle and he said,’No, don’t listen to me. Who am I? Thy will be done, not mine.’

Just a moment before, he was jesus, son of joseph and mary. In a single moment, in a split moment, he is no more Jesus – he is Christ. The candle is blown out…. He has become a buddha. ’Thy will be done’ – that is the meaning of nirvana. So simply surrender. And don’t carry these ideas that you have done something wrong or you should not have done this or that; that’s pointless. In unawareness everybody is doing wrong. Either you do wrong or you allow somebody else to do it to you. Both are wrong.

Now I make you responsible. This is just a small ray – it will grow. It will become more and more and it will become a vast, tremendous light in your being. And I blow the candle out, so the old is completely gone – finished! Never think about it again – it is none of your business any more.