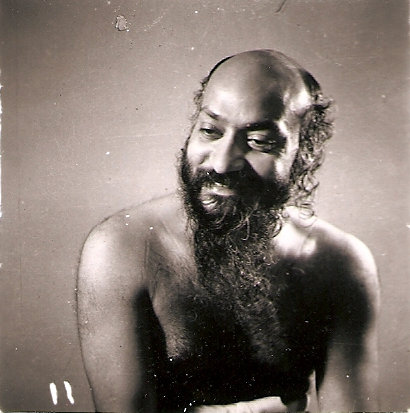 Question – Beloved Osho, How can the world ever become a paradise when all enlightened people always choose not to be born again?

Osho – Anand Anahad, one of the most fundamental things about the enlightened person is that he attains to enlightenment by dropping all choices; he attains it in a choiceless awareness. After enlightenment there is no way for him to choose anything.

It is not that he chooses not to be born; it is simply the law of existence that once you are enlightened you do not need the body and the mind and the whole imprisonment which we call life. It is not that the enlightened person goes into nonexistence; he becomes part of existence itself — just like a fragrance, spread all over. In this way he helps the world to become a paradise. The more enlightened people disappear in the world as fragrance, the more light it will become… blissful, ecstatic.

And the question of making life a paradise is for you, not for the enlightened person. For him it is already a paradise. Even in this whole misery, and anguish, he remains above and beyond. He showers his love and compassion, but he is not touched by the anguish and anxiety, the misery and the hell that people are living in. His heart is full of compassion for them, and he does everything to help them to come out of their darkness.

Paradise is not a location; it is not part of geography. Paradise is a certain attitude towards existence; it is a way of life. The same energy that becomes misery becomes bliss; the same energy that creates jealousy and anger is transformed into love, into peace, into silence. It is not a question of only the enlightened person changing the world into a paradise; everybody has to change it by changing himself.
All those people who have been dreaming of a better world can be divided into two categories. The major part of the dreamers who want the world to become a paradise think in terms of changing the world — its social structure, its economics, its politics. These people have been working for thousands of years.

Their intentions are immensely beautiful, but they are ignorant about the basic fact that except for the individual, there is no world. You cannot change the world because the world is only a word, it is not a reality. If you go in search to meet the world you will always meet the individual. The individual is the reality. It is not just a word; it is existential.

The small part, the minor part of dreamers who want to bring a utopia into the world have a totally different approach. Their approach is to teach you how to be silent, how to be peaceful, how to beautify existence around you, how to take everything and change it… to create a harmony, an accord.

The same orchestra, the same instruments, can be played by monkeys too — and they will really enjoy. But music will not be born; what will be born will be a maddening noise! Even to people who do not know the art of music, who have not learnt, who have not gone into the discipline, all those instruments are useless. An orchestra in which thirty or more instruments are being played by those who know how to play them does not create noise; on the contrary it creates music — which is closest to silence.The higher the music is, the closer it is to silence. Listening to great music, you will fall into silence.

In the East music has been always used as a support for meditation. It is difficult to fight with the mind, its constant rush of thoughts, but being absorbed in beautiful music all those thoughts disappear. Music is sound, but sound can be used in such a way that it creates silence; that is the whole art.

Life has many components. They can all live together like a crowd — noisy, conflicting with each other, fighting to dominate — that’s how we create a hell. Hell is your inability to bring the crowd within you to a peaceful, loving existence. It is the inability to create an orchestra out of your being. The man who can create an orchestra out of his being — whose mind, heart, being, are all in tune — has created paradise for himself, and an energy field around himself, which will affect others also.

It is everybody’s task; in fact it is the only task, the only challenge life gives to you — whether you turn it into a hell or into a heaven. The man who turns his life into a heaven is the greatest artist in the world. Musicians and painters and dancers and poets — all are left far behind. I call this man the mystic. He is the highest category.

It is up to you to see that your components are not at war, that you are at peace with yourself. One great Sufi mystic, Bayazid was dying. His old grandmother was always worried about the life of Bayazid, because he was not a traditional, orthodox, religious person; he never went to the mosque, he never prayed the way a Mohammedan should pray, five times a day — he laughed at the very existence of God. As he was dying, his grandmother came close to him and whispered, “Bayazid, there is still time; make peace with God.”

And Bayazid died with a great laughter, saying, “I don’t need to, because I have made peace with myself.”
Those who are not at peace with themselves are trying in every way to make peace with God, to make peace in the world, to make peace among the warring nations. But the man who has found peace within himself, radiates it. He becomes the source, triggering the same kind of music, the same harmony, and the same beauty in others who come close to him.

The enlightened man, while he is alive, works through his presence, through his love, through his silence. And when dead, he does not disappear; he simply becomes spread all over existence.

Ramakrishna was dying and his last instructions to his wife were…. In India, the moment the husband dies the wife goes through a trauma. She cannot wear colored clothes, she has to shave her head — she cannot have hair; she cannot use any ornaments, not even the cheapest glass bangles — she has to break them.

But before dying Ramakrishna, called Sharda, his wife, and told her, “Remember, you are never going to become a widow. I am dying, but I will be here. I will not be confined in the body, but you have not loved only my body; you have loved me, my consciousness. So don’t become a widow. Use beautiful clothes; just for my joy, use all the beautiful ornaments that I have given to you. And remember” — he loved delicious food too much — he said, “Remember, don’t forget to create beautiful dishes for me. I will not be able to eat them, but even the aroma of your beautiful food will be a nourishment to me. And don’t forget to prepare my bed rightly, particularly the mosquito net.”

His disciples were feeling very embarrassed, “What is he saying? Has he gone insane? A dying enlightened person is worried about the mosquito net….”

Sharda followed his instructions for almost thirty years that she lived after him. She would prepare his food the same way she used to prepare it while he was in the body. She would take it to his room — and nobody was there — and she would say, “Paramahansdev, your food is ready.” She would sit like the way she used to sit, with her fan in her hand. There was nobody. The disciples tried to convince her — “This is absolutely mad; you go on fanning and there is nobody….”

She said, “There may not be for you; there is for me.” She would prepare the bed the way he liked, with many covers. She would take care about the mosquito net, that not a single mosquito entered inside. Very few people have understood Sharda, but she really loved Ramakrishna — not the body in which he was, but him, his being. Now the body is no longer there, but the being is spread all over existence; he is more than he was before. Before he was imprisoned in the body; now he is unembodied. Now he is just freedom.

When Gautam Buddha died ten thousand sannyasins were present. Except twenty, almost everybody was crying. But what was the matter with those twenty? Were they not devoted to Gautam Buddha? One of them, Manjushree was asked, “What is the matter with you all? — because you have been closest to him.”

He said, “That is the matter. We have known him not as the body; we have known him as an immortal consciousness. We are rejoicing. Up to now he was confined in a small space; now the whole sky is his. We can touch him anywhere, we can talk to him anywhere. We know he will be available — that’s why we are not crying, not weeping. You are crying and weeping because you have never gone beyond the body. The body was beautiful, but it is nothing compared to the beauty of consciousness.”

Anand Anahad, the enlightened man naturally goes on creating a paradise wherever he is — in the body or not in the body. But he cannot create a paradise without your agreeing to it. Finally, you are the decisive factor. He can make all the arrangements, and you can refuse them; you can go on living in your hell. The first thing is that you are living in hell. So many times people have asked me, “Does hell exist?” And I have said to them, “You amaze me. You live in it, and you ask me, `Does hell exist?’ What is your life? It is not a joy, it is not a dance — you are living a nightmare.”