Osho – To be object-less, to be thought-less and conscious is the goal 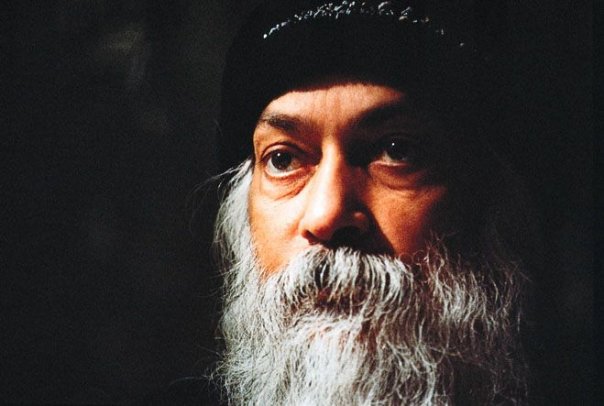 Consciousness without being conscious of anything – this is the nature of meditation. But this may create a very depressed mood; this may create pessimism in the mind. It is so difficult to throw even a single thought out of the mind – how can one conceive of being totally thoughtless? It is so difficult to get rid of one object of the mind, that it is inconceivable how to be totally object-less; how to be just a mirror, how to be just conscious without being conscious of anything.

We are never conscious without being conscious of anything – something is always there. And there are some psychologists, some schools of psychology, who say that it is impossible to be conscious without any object. Consciousness to them means consciousness OF SOMETHING. Something must be there; otherwise, we will go to sleep; otherwise, we will become unconscious. But yoga says that ordinarily this is right: as far as the ordinary mind is concerned, if there is no object the mind will go down into sleep, slip down into unconsciousness.

We also are aware of it. If you are thinking something in the night, then sleep becomes impossible, because if some object is present in the mind then you cannot drop into sleep, into unconsciousness. So if you are thinking, then you cannot go to sleep; you go to sleep only when thinking has ceased. When thinking has ceased but there is no sleep, only then will you understand what is meant by meditation – but we never know any moment like that. When thoughts cease, thinking ceases, sleep takes over. You are not even aware when sleep has come; you become unconscious.

This is what hypnosis uses as a technique. Hypnosis – any method of hypnotism, any method – uses only this technique: to fix the mind somewhere on one object so intensely that the mind becomes bored of one object. This is the tendency of the mind – mind needs novelty; something new every moment, then it feels alert. If you are in a situation where you have to be aware of only one thing repeatedly then the mind feels bored, and boredom becomes the gate to sleep. So hypnotism uses it. It will give you any object to concentrate on, to concentrate your total consciousness on; then you will feel bored, by and by sleepy, and then sleep will take over. The very word hypnosis means induced sleep. So sleep can be induced if mind is devoid of thoughts.

But yoga says that this is right as far as the ordinary mind is concerned, but this is not right for a meditative mind. Through meditation, mind takes on a new quality, and it becomes possible to be conscious without thoughts. But it is difficult, and to take the jump is arduous.

There is another school which is known as the gradual enlightenment school. There are many many followers of it, because the moment one says ”gradual,” we are at ease – now we can do something. And in steps, gradually, in degrees we can proceed. In a sudden phenomenon there is no time, so you cannot postpone – you cannot say tomorrow. If the phenomenon can happen suddenly, this very moment, then your mind cannot excuse itself; there is no basis to postpone it. With a gradual school you can say, ”Okay, we will try in this life, and if not in this life, then in another life. Gradually we will reach the peak. One step, second step – by steps we will reach to the ultimate.” Then you have to divide.

But this UPANISHAD belongs to neither. This is neither sudden nor gradual. This UPANISHAD takes a middle way. It says: It is difficult to take a sudden jump, and it is tedious and long to think in terms of degrees. Then you can go on thinking in infinite degrees. So this UPANISHAD says: Only one step is enough – neither sudden nor gradual. Only one step – only one step in between. To be object-less, to be thought-less and conscious is the goal. Only take one step: from many thoughts to one thought, and from one thought to no-thought.