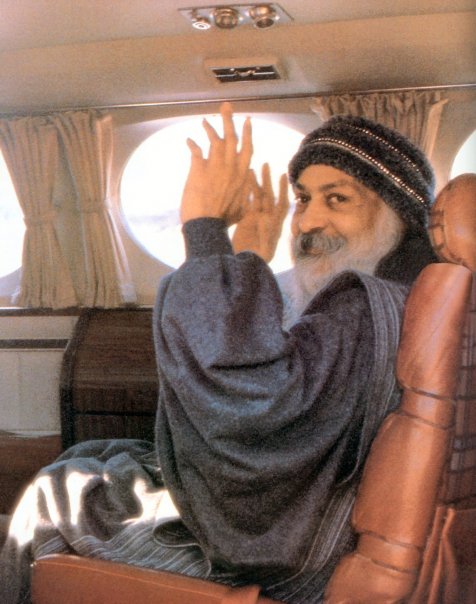 Question – Beloved Osho, What is happening to me? I am opening more and more, and I have the feeling that the shadows in my body are gradually disappearing. When I close my eyes I can see more light in the body. It is so beautiful, and I feel so much for you — more than I ever felt before. Beloved Osho, Can this be? Is this me? Why do these doubts still arise? Would you Please comment?

Osho – Whatever is happening is the deepest longing of every seeker. You are here only for this kind of happening. It is the beginning. In the beginning it is very natural: the mind will create doubts. There is no need to be angry with the mind; mind cannot understand it, it is beyond the scope of mind. And naturally the mind wants you to remain rational, reasonable, sane.

The mind creates doubts for the simple reason that it wants to protect you. It is not against you, it is trying to protect you so that you don’t get into some crazy space. But it is only in the beginning that the mind creates doubts. And this is the time when the master and the school of the master helps you not to be bothered with what your mind is saying, but to explore the new that is arising.

You are feeling light. All shadows are disappearing, and a luminous body is arising within you, a body of light. The mind can accept a skeleton; it cannot accept a body of light. Mind is very primitive; it still believes in matter. Physicists have come to the conclusion that there is no matter at all; only energy exists. But the energy particles are moving so fast that they create the illusion of solidness.

It happened after the second world war: a soldier came back home. He had been away from home for five years, and naturally he was in a hurry to meet his wife. As he hugged his wife he got a shock — such an electric shock, he fell flat on the ground. He said, “My God, what has happened?”

For five years the wife had been waiting and waiting and waiting with such intensity, her electric forces had been accumulating. Doctors were called. They could not even take her hand to check her pulse — immediate shocks. Then the electrician was called, hoping that something… now it is no longer physical; something electrical has gone wrong. The electrician was very much afraid. He said, “First take this bulb in your hand.” He gave the woman a five-candle bulb to put in her hand, and the bulb lit up.

That was the first happening of its type. The whole woman was throbbing with electricity. Because of her, research started into human electricity, and now it is an established fact that every human body has electricity.

If your eyes are very perceptive, you can see the electric aura around the body. As you have seen around the photos of Nanak, Kabir, Krishna, Rama, Buddha — those circles around the faces are not fictions, they are not the imaginations of the painters; they have been seen by disciples, by meditators.

And now in the Soviet Union, there is a photographer who even takes photographs…. He has developed very sensitive plates. His name is Kirlian, and because of his name, his photography has become known as Kirlian photography. He has become world famous. If he takes your photo, it will not just be you but also surrounding your whole body an aura of light.

And strangely enough, if somebody’s hand has been cut off in an accident and Kirlian takes a photograph, the hand is not there in the photograph but the aura of the hand is still there. The electrical body is still intact — nothing has been disturbed, only the physical part has dropped. One of your fingers has been cut off for some reason, some accident; but in the photograph four fingers will show a darker photo of the physical finger with a lighter shade around it, and one finger will be simply the lighter electric shade. But the shade will still be there.

And this is not only with the human body. A roseflower: you can pluck a petal and Kirlian can say which petal has been taken out — his photograph will show the missing petal’s electric aura.
So what is happening to you is that as you become silent, you start becoming aware of your inner being — which is surrounded by a light.

The ancients have called it the astral body, the body of light, the body made of starlight — that is what `astral’ means. Just remember that it is not in the area of mind, and tell the mind, “This is none of your business. You do your thing.” And there are many more things. Existence is not limited to the mind, it is far bigger, far more mysterious.

You have all the possibilities that any mystic has ever experienced anywhere in the world, but you will have to silence your mind; otherwise those doubts can go on disturbing you. That’s why my insistence is: before entering the mysterious world, first silence the mind. Discipline the mind for silence, for no-thinking, so that when you enter the mysterious world the mind does not come in the way, does not raise awkward questions which you cannot answer — and which even if you answer, the mind cannot understand.

Mind has a limited scope. It is a bio-computer. It is not your whole being. The heart is far bigger. And beyond the heart is your being, which is bigger than the heart. And beyond your being is the universal being — which is infinite. To enter into these mysteries you will need a silent mind that does not disturb you.