Osho – Live in the present. That’s what I mean when I say live dangerously 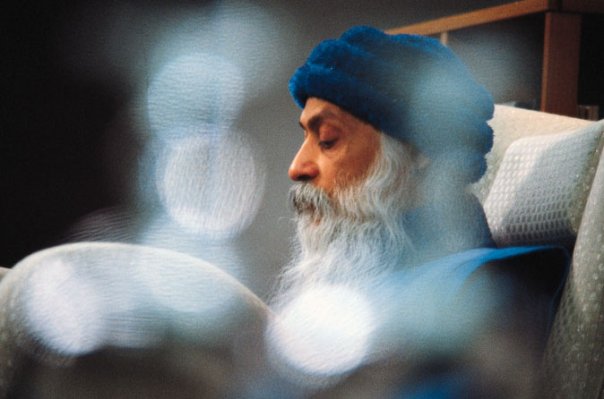 Question – Osho, what do you mean by ”live in danger”? Should man not be careful for the future? Please explain it.

Osho – Brahma Deo Bharti, To live in danger simply means not to cling to the past, because the past gives you a certain kind of security – because it is familiar, well-known. Maybe it is all misery, all anguish, but still, because it is known and you have lived through it for long, you are well-acquainted with it. You know the ups and downs and you have become accustomed to it. In fact, you have become adjusted to it; now there are no more surprises in it. It gives you a certain comfortable, convenient, cozy feeling. It may be dirty, it may be enclosed like a prison, but still it feels like your home because you have lived so long in it. Even prison cells become people’s homes.

I used to visit prisons, one of the governors of one of the states in India was my friend so he allowed me to visit all the prisons in that state. I used to go to the prisons. I was surprised to see that people were perfectly happy. In fact, they started becoming worried when their time for release was coming closer because the outside world looked so alien. Somebody has lived for fifteen years in the prison; now for fifteen years no worry about food, shelter, no problems of any kind. He has been taken care of; now he will have to look again for a job, whether he will get it or not. The unknown is outside the gate. Once he is outside the gate he will be thrown into an unknown world. Fifteen years is a long time.

I asked many prisoners that, ”Why you come back again and again? Have you not learned the lesson that you should not do such things again?”

They said, ”In fact, we have learned the lesson. Inside is so much security and outside so much insecurity – unemployment, poverty, starvation and all kinds of problems. And once you have been in the prison, problems increase because nobody wants a thief to keep as a servant.

Our whole system of punishment is stupid; it is utterly anti-psychological. Any person who goes to the prison once is bound to come back again and again and again. He creates friendship there, his friends are there, his room is there, his place is there. Even in prisoners a certain hierarchy arises: there are people who are important and there are people who are not so important and there are people who are just nobodies. And it is a small compact world. There are heroes people talk about that ”This man has murdered seven people, and you have murdered only one, just one? And you brag so much? And somebody has been stealing for years, and you did your first stealing and ere caught? What kind of thief you are?” There are master thieves; and people start learning from the knowledgeable people, and when they come out they use their knowledge…

When I say, Brahma Deo Bharti, live in danger, I mean always remain prepared to move into the unknown. It does not mean that you should not be careful for the future, but the best care that you can take about the future is: first get rid of the past. It is the past that does not allow you to take care of the future. It is the past that goes on repeating itself mechanically and you cannot improve upon your future. If you drop the past completely your future will be totally different and you will start growing. I hat is the first care you should take.

I have come across a story. Somebody like you must have invented it because there is no reference about it anywhere – neither in Christian sources nor in non-Christian sources. Two women are crying and weeping under Jesus’ cross. One says to the other, ”I would give everything to be able to take the nail out of his hand!”

After a few minutes, the other replies, ”Yes, me too! I would give everything to he able to take the nail out of his hand!”
Jesus looks down and mumbles to himself, ”Damn! Those two bitches want me to fall off the cross!”

You become even adjusted to your cross. You don’t want even to fall off your cross. Even cross becomes cozy, comfortable – it is your CROSS. You start worshipping it, you start bragging about it. Just watch people, listen to their stories. They are all bragging about their miseries. They go on magnifying their miseries, exaggerating their miseries, as if they are not satisfied with the small miseries that they are suffering; they want bigger ones. They have become adjusted to their cross.

When I say live dangerously, I say don’t become adjusted to that which is dead, because if you become adjusted to that which is dead you will be dead. Remain alive, moving, growing, flowing, going into the unknown every moment, facing the unknown whatsoever it brings. There is no other way to grow, and even if sometimes it is painful – and it is painful sometimes, it is rough sometimes, it is very rough sometimes – but out of this pain is born great ecstasy. That is the price we pay for the ecstasy.

Osho – You cling to life because your life is unfulfilled