Osho – To me life is a divine experiment. It is not punishment – it is god’s experiment 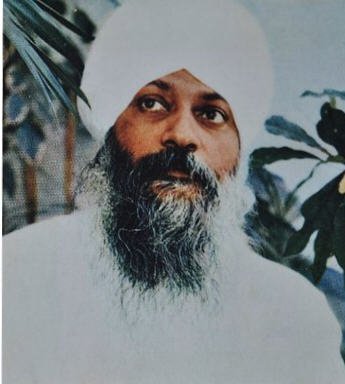 The priests have used it so much that they have corrupted it by too much use. The word has become so familiar that it rings no bell in the heart. And familiarity breeds contempt – god, god, god… church, temple, mosque. Everywhere people talking about god, everybody believing in god. The whole thing has become vulgar… too mundane. It can be dropped.

Remember: the unknowable. Science only believes in two things – the known and the unknown; it does not believe in the unknowable. That’s the difference between science and religion. Science says the existence can be divided into two parts – the known and the unknown. The unknown is that which we will know some day. It has no intrinsic quality of remaining unknown forever – it is just uncharted, but we will chart it. All that has become known was unknown one day; it has become known. All that is unknown today will become known tomorrow… or some day! it is potentially capable of being known.

Religion says there are three things: the known, the unknown… and up to this point religion agrees with science, there is no disagreement. But religion says there is something more too: that is the unknowable, which cannot be known ever, which will remain mysterious. By its very nature it is a mystery. And religion has some valid reason for it; it is not just illogical.

There are many things we will never be able to know for certain – for example, how this existence came into being. We will never be able to know because we came very very late; there was nobody witnessing it. It will always be more or less a guess. There are a thousand and one theories about creation but all are guesses, all guesswork. No theory can be called scientific; there is no way, because nobody has witnessed it. Nobody could witness it because we came later on. It was not possible to be there when existence was being created, so that mystery will remain a mystery.

Man can go on knowing many things, but the knower in man will remain a mystery because there is no way to make the knower an object of knowledge- It remains subjective. It is always the knower; it is never the known. And there is no way to divide yourself into two parts, and even if it can be done then the part that becomes known is no more you. The part that still knows, is you, so it is irreducible; that mystery of the knower will never be solved.

And the end remains unknowable. What to say about the end of existence? We don’t even know what happens to a man when he dies, and people die every day; people simply disappear. The cocoon is left, the body is left, and the soul? – nobody knows where it goes, whether it remains or not, whether is simply disappears, dissolves or travels ahead. Death happens every day and we are not even able to know death – so what to say about the death of the whole existence ? We will not be there to witness it either. Just as the beginning has been missed, the end is going to be missed, because when the existence ends we will end with it. So nobody will be there as a witness.

These are very fundamental mysteries and there are other mysteries. Love is a mystery: nobody knows yet why and how it happens. And there are other mysteries which happen rarely, so they are not so common – for example, samadhi, enlightenment. They happen but are not common. Nobody knows what happens when a man becomes a buddha. Even a buddha is incapable of explaining it; even he keeps quiet. Even he smiles and keeps quiet. He says, ’You can know only when it has happened to you. It is a taste to be tasted. There is no way to explain it.’