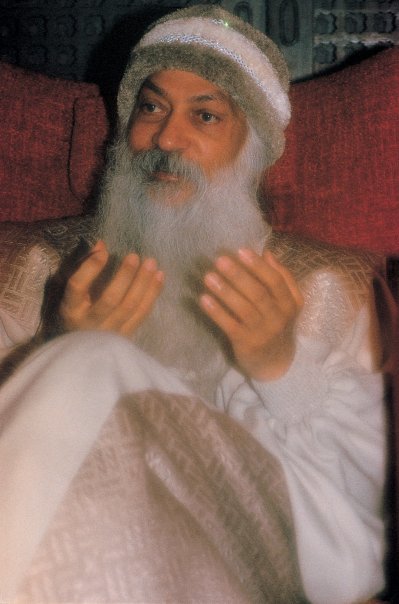 Osho – The essence of Buddhism is not in the scriptures, not in the words of Buddha. It is something to be understood, because it has far-reaching implications. Whatever Buddha has said is as close to truth as possible, but even being close to truth, it is not true. Even closeness is only a kind of distance. So you cannot find the essence of the experience of Buddha through the scriptures. That is the ordinary conception of people, that if you read Buddhism, if you become a learned scholar of Buddhism, you will know the essence of it.

One great Buddhist monk, Bhadant Anand Kausalyayan, met me by chance in a Buddhist conference in Bodhgaya. He took me out of the crowd and asked me, ”Whatever you were saying is so authoritative, but… Forgive me for interrupting you, I loved whatever you said, but I have never found in any scripture the stories you were telling. And I am the head of the Buddhist Society of India.”

I had heard his name, I had read his books. I said, ”It is a great opportunity to meet you. I have loved your books, but I can say to you that you don’t know the essence of Buddhism. Otherwise you would have understood my stories. It does not matter whether it really happened or not.”
He said, ”What do you mean?”

I said, ”Whatever I have said, if it has not happened it should have happened. That’s what I mean. Even Gautam Buddha cannot deny it. It may not have happened – that I can accept, that it is not factual. I don’t care much about facts. To me, truth is something more than a factual incident. It is anything that carries the essence.”
He said, ”You are a strange fellow. I have never heard such an idea.”

He lived in Nagpur. I used to pass Nagpur once in a while; he would always come and he would say, ”This story I have read in your book. I loved it, but the problem is that it never happened in Buddha’s life.”
I said, ”For that I am not responsible. If it did not happen, what can I do? It should have happened! You are a learned scholar; you can add it somewhere in the Buddhist scriptures.”

When I entered America, the inquiry officer asked me a few questions… whether I am an anarchist, a communist. I told him, ”Listen, I am a living man.” He said, ”What do you mean?”
I said, ”I may not be anarchist today, but tomorrow I can be an anarchist. So this whole stupid inquiry… with a living man! You should only allow the dead who are not going to change, ever. Living persons you should not allow in America. Because I am continuously growing, new leaves will come, new flowers will come. Who knows? Anarchism, communism…”

He said, ”You are a strange fellow! I am asking a simple thing, I am not a philosopher.”
I said, ”I am also not a philosopher, but make a note that your inquiry is applicable to a dead person only – not to a living person. If you ask me this moment what I am, I can tell you. Next moment, nobody knows what I will be. Even I don’t know. Then don’t call me contradictory. I am a communist, I am an anarchist, and a little more. Do you have any category?”

Gautam Buddha, twenty-five centuries back… I can add much more to his teachings. These twentyfive centuries have not gone by in vain. Consciousness has taken on new terms, has known new skies, has flown farther than ever before. Because of this stupidity that you cannot add anything, all the scriptures become dead.

I said, ”Then it is my responsibility to add a few things here and there. I take the liberty because I have tasted the same consciousness. You have not tasted the consciousness – that’s why you are worried. You know only the dead scripture, which died twenty-five centuries ago. I am a living scripture.”

To realize the essence of Buddhism is to realize what Buddha realized, is to go as deep into yourself as Buddha went in. That’s what we are doing here. And we are not Buddhists, we don’t belong to any dead tradition or any dead orthodoxy. There is no need. We are all carrying the buddha within us – why go on searching anywhere else?

One great Sufi mystic, Jalaluddin Rumi, one day took his disciples to a field where a farmer had been trying for months to dig a well. The disciples were feeling a little reluctant – what is the point in going there? Whatever he wants to say, he can say here. But Jalaluddin insisted: ”You come with me. Without coming you will not understand.”

Rumi told his disciples, ”Don’t be like this idiot. If he had put all this energy into digging one hole he would have found water, howsoever deep it is. He has wasted his energy unnecessarily.”

And that’s what everybody is doing. You start, you go a little bit, and then you start again sometime later, or some years later. You go a little bit from a different direction. These little bits are dangerous. Your effort should be concentrated, and once you start, and you have a master in whom you can trust and in whom you can see the realization of a buddha, then there is no going back. Then go on digging, even if it takes thirty years.