Osho – To the transcendental consciousness all social morality is childish, stupid 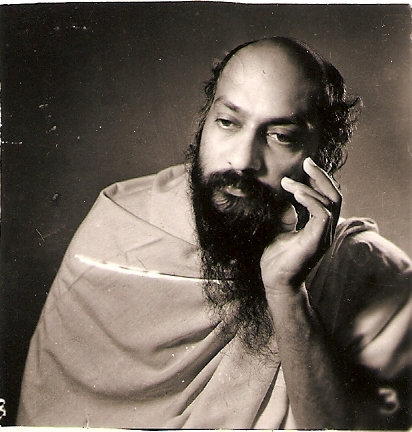 Osho – Parijat is the name of an Eastern flower. Flowers represent many things. The one thing that is the most important of all those is the phenomenon of flowering, of opening.

Man is also a flower, but closed like a bud. And unless we make a deliberate effort, unless we help, it won’t open on its own. Society has created every kind of hindrance for its opening. Society is against the ultimate flowering of man because the moment a man flowers he becomes transcendental to all kinds of social formalities, structures, religions, nations, ideologies — and everybody is afraid of that transcendence. That means one has gone beyond all that you cherish and think of as very valuable.

To the transcendental consciousness all social morality is childish, stupid. Nations and politics are only for the mediocre, for the unintelligent; they are almost for the insane.

It has happened just now in America: the whole country has gone from choosing a peanut as president to choosing a big nut! And this goes on happening everywhere — small nuts are replaced by bigger nuts. Only bigger nuts can replace them because only the bigger can push them out; otherwise they won’t budge an inch.

The man who becomes transcendental is no longer a Hindu nor a Christian nor a Mohammedan, is neither German nor French nor Indian; he transcends all these limitations. That’s why no society wants anybody to flower: people should remain mediocre, ungrown-up, because those ungrown-up people are always dependent on leaders, on priests, on popes, on imams and ayatollahs. They are always dependent on somebody. They have to be — they need a father figure.

The ungrown-up person’s mental age remains somewhere nearabout twelve or fourteen; he never goes beyond that. Millions of people die at the age of fourteen. That is their psychological age and that is the age of their death too. Then only the body goes on living but their soul remains absolutely dead, repetitive.

Sannyasins have to learn how to remove the barriers. And they can be easily removed, the only thing is that you have to become conscious of what the barriers are. They can easily be removed because you can just throw them away, nobody can prevent you. You can simply drop out of all “isms,” ideologies, churches. Who can prevent you? You can simply use nations for normal purposes — the passport, the visa — otherwise deep down you can be free. You need not be a German or an Italian, just to be human is enough. You need not be identified with any race.

Once all these hindrances are removed, meditation becomes very simple. And meditation is a nourishment for the flower, it is like the sun rising: as the sun rises the flower starts opening. So remove the barriers and start meditating and becoming silent — and the sun will rise in its own time and the flower will open up.