Skip to content
Osho on Sannyasin Osho on Truth 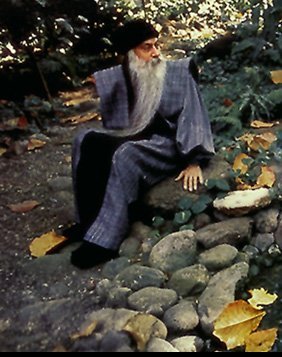 Osho – Truth is beyond all scriptures because it is beyond mind itself. Scriptures are products of the mind. All philosophies, all ideologies, all theorisations, are nothing but fabrications, fictions of the mind. They can be beautiful fictions, sweet, nice — but fictions are fictions all the same. A dream can be a nightmare or a dream can be a very beautiful, sweet dream, but a dream is a dream, it is not reality.

Yes, there are beautiful scriptures in the world written by the most beautiful people, but truth cannot be written. It cannot even be expressed, it cannot be communicated, it cannot be transferred from one person to another. Yes, there is a certain communion it is not communication. That communion happens between a master and a disciple in total silence, from heart to heart, not from mind to mind. The master says nothing, the disciple heard nothing, yet everything is said and everything is heard. Nothing is said, nothing is heard yet everything is understood.

This is the most mysterious phenomenon in existence, the master-disciple relationship, mysterious because it is not intellectually comprehensible. It cannot be proved in a logical way. It is not logical at all. Hence those who become sannyasins out of a logical conviction, who through listening to me, are convinced that what I am saying is true, are only on the periphery. The true disciple has nothing to do with what I am saying, the true disciple has something to do with what I am. The true sannyasin falls in love. It is not a question of conviction. It is something far more, something far more mysterious, something transcendental; hence a real disciple cannot explain to anybody else what has happened. Everybody will think that he has gone mad, that he has been hypnotised, that he is no more in his senses.

And the people who think like that are not at fault at all; the whole fault is the disciple’s — he cannot explain. But what can the disciple do about it? The whole fault lies with reality itself. There are things which are not explainable. There are things which elude all rationalisation. And in fact, life begins only when you has come in contact with something which is incomprehensible, inexplicable, indefinable, unprovable and yet, somewhere deep down your heart says it is so. It puts aside all the arguments of the mind. It says to the mind, ‘Keep quiet. You need not bother. Now I have stumbled into something which is beyond you.’ And nothing can be done about it to make it comprehensible. It is a communion.

Sannyas is a true discipleship. It is not belief, it is not conviction, it is not accepting a certain philosophy of life. It is falling totally in love — and a love too of a very new quality. It has nothing to do with your so-called ordinary love. Just one thing is in common, that the ordinary love also has something incomprehensible in it, but only something a very small particle of the incomprehensible in it — and that is totally incomprehensible. Hence those who have loved can understand it a little bit.

The ordinary love contains so much jealousy, so much possessiveness, so much enmity, hatred. Just a little bit of it belongs to the beyond. But those who have known even that little bit say be able to understand it — otherwise the phenomenon of disciplehood is bound to be ridiculed by those who have never tasted the nectar of it.

No scripture can be of any help, only a living master can resurrect you, Only a Jesus can call forth Lazarus from the dead. The Bible cannot do it — you can try it. You can put the Bible on a dead man’s chest and try — the Bible is there and the dead man is there, but Lazarus is not going to be resurrected. The Bible itself is dead, so are all the scriptures. A Jesus is needed, that magic touch of a living master is needed.

The parable is beautiful. That’s the state of every disciple, when he comes to a master he is dead, he is almost in his grave. The master calls forth, ‘Come out, Lazarus, come out of your grave,’ and the disciple has to listen, has to learn how to listen and has to go into the beyond with the master. It is a journey into the uncharted, into the unknown, but without it life is not life. Without it we live in pain, we don’t live at all. Only with something of the transcendental penetrating you do you become alive, you are reborn. Jesus says, ‘Unless you are born again, you shall not enter into my kingdom of god.’ This is the rebirth he is talking about — sannyas is a rebirth.

A sannyasin has to learn how to make life a festivity, how to make life a blissful festival. A sannyasin has not to be sad or serious. He has to know how to live, how to love, how to laugh. He has to become more passionate, more alive. He has to go deeper into life, as deep as possible, he has to be as total as possible. The old idea of sannyas, of monkhood, was of renunciation: renounce life, escape from life, don’t live at all, because life is against god. That is absolutely stupid! If life is against god what is god doing? Why does he go on creating life? Why did he create life in the first place?

I am not against life, I am all for it. And my sannyasins have to learn not to escape, but to live intensely, to burn their life’s torch from both ends simultaneously. Even a single moment of total festivity is enough; you will have tasted eternity and you will have known what god is. Life is the manifest form of god and celebration is his only prayer.