Skip to content
Osho on Thinking Philosophy Osho on Truth

Osho – Truth is felt by the heart, by your totality; by you, not by your head 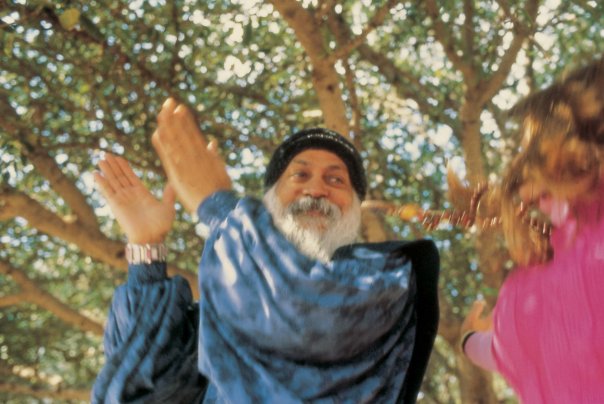 So those who know truth know well that philosophy is not going to help. The more you try to know about truth, the more you be come asleep. The very effort to know leads you astray. Truth can be felt but cannot be known. When I say it can be felt, I mean you can be present to it, it can be present to you. There is a possibility of a meeting. There is a possibility of becoming one with it. But there is no way to know it.

Knowledge is a sort of ignorance. The word ‘ignorance’ is very beautiful. Split it in two — it becomes ‘ignor-ance’. Truth can be ignored. That’s what ignorance is; otherwise, truth is already present. Ignorance is nothing but ignoring the truth which is already there. And a man of knowledge becomes more ignorant, because the more he thinks he knows, the more he becomes capable of ignoring that which is. Lost in his theories, dogmas, creeds, scriptures, he no longer has any eyes to look at the reality. Lost in words, verbalizations, his vision is clouded. He cannot see that which is.

That’s why I continuously say science is a rape on reality. The word ‘science’ comes from a root which means ‘to know’. Science is knowledge. Religion is not knowledge. Religion is love. The word ‘religion’ comes from a root which means binding together — falling into love, becoming one. Truth is felt. It is a lived experience. So whatsoever can be said about truth will be untrue. Just because it has been said, it becomes untrue.

If you are herenow, suddenly you have slipped out of the mind. How can you think herenow? Thinking will take you away from the herenow. A single thought, and you are thousands of miles away from here and now. In the here and now there is no possibility, there is no space for thinking to arise.

Mind functions in the non-existential, in the fictitious, in the imaginary. Mind is a faculty of dreaming — it is a dream faculty! Truth is not known by mind; that’s why I say it is not known at all. Truth is felt by the heart, by your totality; by you, not by your head; by you as an organic unity. When you know truth, you know by the head and by the toes; you know by your bones and by your guts; you know by your heart and by your blood; you know it by your breathing — just by your very being. Truth is known by being. That is the meaning when I say truth is felt. It is an experience.