Osho – Truth is hidden because of our Restlessness 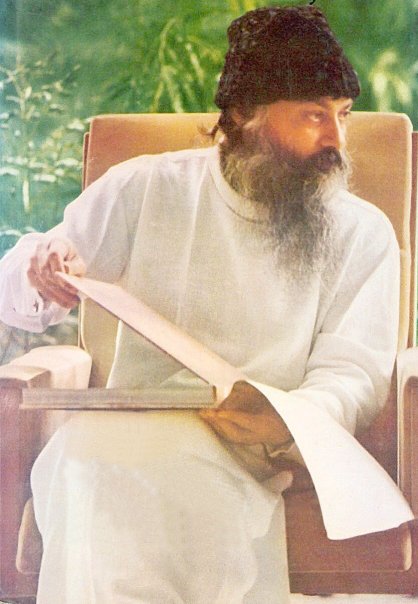 Osho – We attach a lot of value to ourselves; and the more value we attach to our little selves, the more restless we become; and the more we suffer and the possibility of realizing Truth gets less and less.

He who is tranquil and filled with peace, can realize Truth. The first rule for obtaining tranquillity is not to consider that life which we lead, as real. Attach no more importance to it than you would to a dream. The moment life begins to appear as a dream, the mind becomes quiet. Until then, it is impossible for we attach such importance to trivial things. We take even dreams to be real and suffer on account of them. A man sees a ghost in his dream and gets up with a fright, his chest pounding; his sleep is broken, the dream is no more, yet it has seemed so real that the heart beats faster!

We are such, we even get carried away by theatrical performances. You will see many people wiping their eyes in cinema-houses; whereas on the screen there is nothing but the p1ay of electricity. Knowing full well that it is the current of electricity forming pictures on a blank screen, we yet laugh or cry or get frightened with the different scenes! The drama becomes a reality, whereas actually, the first rule in the quest of Truth is to consider as play, what we take to be a reality in life. Then only does Truth reveal itself.

There was a great thinker in Bengal by the name of Ishwarchandra Vidyasagar. He went to see a play. In the play, the hero is after the heroine. He does everything to harass and trouble her. Then one day, in the dead of night, he jumps into her bedroom and catches hold of her.

Vidyasagar could bear it no longer. He jumped on to the stage, took out his shoe and beat up the hero – completely forgetting it was a play on the stage! Everybody was shocked but the hero took the shoe and holding it to his chest, bowed reverently to Vidyasagar. He turned to the audience and said: ”Never have I received so great an honour. That anyone should be so carried away by my acting and that too, a great thinker like Vidyasagar! It is the biggest award I have ever received. I shall always prize this shoe.”

Vidyasagar felt ashamed. He went quietly back to his seat. Later on, he told his friends that the play appeared so real that he completely forgot it was a drama!

If a play looks real, man gets disturbed but if life appears a play, man becomes tranquil. Where is the need to be agitated by a dream? Then if poverty comes, it is a dream; even riches are a dream. Then sickness and health, honour and dishonour, are all dreams. As this truth becomes clearer to us, the mind starts to get restful. Truth is hidden because of our restlessness.