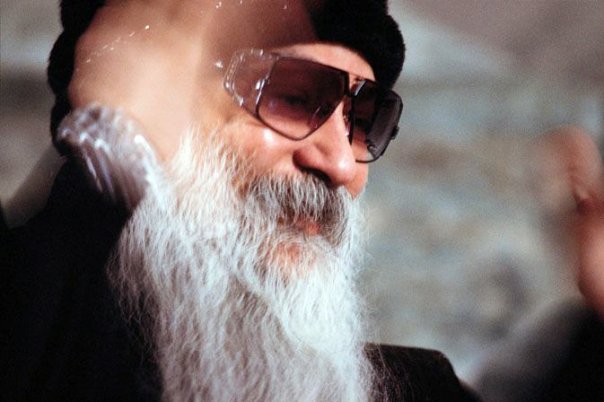 Osho – If you are unhappy, that simply means that you have learned tricks for being unhappy, and nothing else. Unhappiness depends on the frame of your mind. There are people who are unhappy in all kinds of situations. They have a certain quality in their mind which transforms everything into unhappiness. If you tell them about the beauty of the rose they immediately start counting the thorns.

The same thing can be seen from a positive reference; then suddenly each night is surrounded by two days. And then suddenly it is a miracle that the rose is possible, that such a delicate flower is possible among so many thorns.

Everything is the same. All depends on what kind of frame you are carrying in your head. Millions of people are carrying crosses; naturally, obviously, they are burdened. Their life is a drag. Their frame is such that it immediately becomes focused on everything that is negative. It magnifies the negative; it is a morbid approach towards life, pathological. But they go on thinking, “What can we do? The world is such.”

But I don’t see any possibility that politics and religion can ever meet. Politics always thinks the world is wrong; change the society, the economic structure, this and that, and everything will be okay. And religion says the world has always been the same and will remain the same; you can change only one thing — the context of your mind, the space of your mind.

Osho – Why do I feel hesitation in enjoying anything?

Osho – Happiness cannot be sought, you cannot seek it