Osho on Fulfillment – Unless you are whole you are never fulfilled 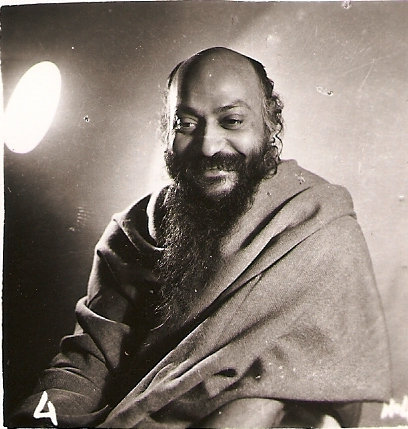 Osho – The only difference between deep, dreamless sleep and the awakened state, the enlightened state, is that of awareness. If you can be aware in your deep sleep you are a Buddha. You are not aware even while you are awake, and the Buddha is one who is aware even while he is deep asleep.

He may be snoring: just as you will hear his snoring he also hears his snoring. The snoring is a physiological phenomenon. You are watching from the outside, he is watching from the inside. In fact, he is more aware of it than you are, because you may be having other thoughts, a thousand and one, but he has no thought at all.

This is a duality: silence and bliss are poles apart. Hence it is easy to be on one polarity; if you are ready to renounce the other you can easily have one, but to have one is to remain partial. And unless you are whole you are never fulfilled. Only wholeness is holiness; only wholeness is flowering, blossoming, is fulfillment, is contentment.

The person who has only a part of his being actualized is in a constant conflict with the other part which is not actualized. He cannot dance – he is paralyzed, HALF of him is paralyzed. How can he dance? He cannot even walk! He needs a thousand and one supports, he needs all kinds of crutches. He is not able to stand on his own feet, he cannot live out of his own being. He needs this and he needs that, and those needs are infinite. So he goes on desiring and desiring, and his mind remains a beggar; he cannot be an emperor. To be whole is to be an emperor.

It is because of these escapist, so-called religious people that religion has become a graveyard. You can see the vibe of this death in the churches, in the synagogues, in the temples, in the mosques. Wherever your so-called religious people gather together they are always deadly serious. They cannot laugh – they have become incapable of laughter. They are absolutely cold, they cannot be warm, because they are afraid of warmth. Warmth means love, warmth means joy, warmth means bliss, warmth means laughter. Just to be silent they went on cutting everything that could have disturbed their silence. Their silence is very arbitrary; a silence that can be disturbed is not much of a silence. Only a silence which cannot be disturbed is true silence – but there is no need to escape from the world.

What is the fear of the world? Why have these people been running away from the world? The fear is within them, it is not in the world. They are afraid that if they are in the world they may fall in love, they may start enjoying something, they may start living. Where so many people are alive they may start forgetting their commitment to silence. They may start singing! Afraid of the possibility, of their inner potential, they escape from the opportunity where it can be realized. They imprison themselves in caves, in monasteries. Of course they become silent, but their silence is worthless; it has no value at all. It is not sacred – it is not even alive, how can it be sacred? Nothing grows out of it; it is a desert. It is absolutely impotent. It is uncreative, insensitive.