Osho – Unless you can get free from the mind, there is no salvation 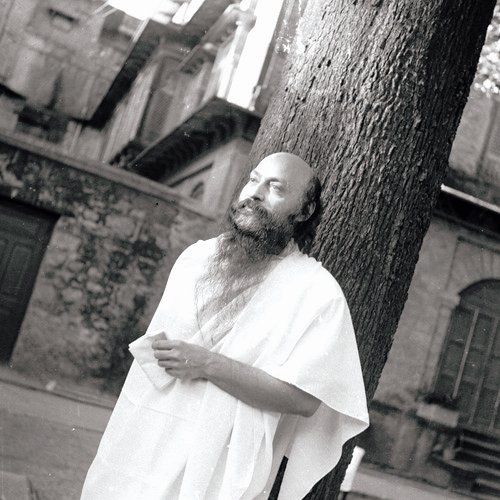 Osho – A temple is under construction. I pass by it and think: ”The temples are many; perhaps the number of persons visiting them has gone down; but then why is this new temple being constructed? And this is not alone. There are many other temples under construction. Few temples are built everyday. Temples are constructed and the number of persons visiting them is going down. What is the mystery behind it? I thought a lot, but could not get at the reason.

Then I asked an old mason who was constructing that temple. I thought he might know the mystery behind the construction of many new temples because he had constructed many of them. That old man started laughing at my question and then he took me behind the temple where the stones were being chizzled. There the idols of God were also being made. I thought: Perhaps he would say that the temple was being constructed for those statues of God. But this would not satisfy my curiosity. Because then the question will be why these statues were being made.

But no; I saw mistaken. He did not say anything about the statues. He left them behind and moved on. In the end, and after everything else, some artists were working on a stone. That old man showed me that stone and said: ”It is for this that the temple is being constructed and temples have always been constructed for this”. I was stunned and started repenting over my foolishness. Why could not think of it earlier. On that stone, they were engraving the name of the person who was getting the temple constructed.

Thinking about it I was returning homewards when I saw a procession on the way. Someone had renounced the world and taken to sannyas. The procession was in his honour. I also stood by the roadside and started seeing it. I looked at the face and the eyes of the person who had renounced.

The emptiness common in the eyes of a Sannyasi was not there in his eyes. In them existed the same pride and same greatness which can be seen in the eyes of politicians; But could it be possible that I was mistaken and only the effect of the conversation with that old mason was working? But I know many other Sannyasis also. The subtle form of pride that you can see in them is difficult to find elsewhere. Perhaps any action produced by the mind of man is not above that pride. Unless you can get free from the mind, there is no salvation from the sense of greatness.

Only a few days ago, a friend kept fasts for ten days. I was very much surprised to see his anxiety to advertise those fasts. But no, that was my mistake. That old mason had uncovered all the mistakes of my whole life. After the fast, that friend received lot of welcome and honour. I was also present there.

There a gentleman whispered into my ears: ”Poor fellow has borne the entire expenditure of this reception. I was startled that day; but because of that old man, I am wiser today and see no reason for surprise. On the contrary, one thought haunts me again and again. If advertisement is so useful in the world why will it not be in heaven? Will not the rule of heaven be the same as those of the world? After all, the heaven is also a creation of the same mind that creates the world. Is not the desire and conception of heaven the same as desire of the mind?

Then what is this God? Is He not an invention of man’s mind? He also feels insulted and angry, and out of revenge roasts his enemies in the fire of hell. He also feels happy through praise, saves his devotees from troubles and showers blessings on them. What is all this that he saves devotees from troubles and showers blessings on them? Is it not the reflection of man’s mind? Then why will not advertising succeed in his world also? He should also be counting fame as a proof? After all, what else could be the yard-stick of man with him? I was telling the same thing to a sannyasi.

And he became very angry: ”What is all this you keep on thinking? No. Where is the need for advertisement in religion. All this is a game of ego. All This is a product of it. In ignorance, the self falls into pride”. When he said so I accepted it. Renunciation leads to knowledge. and because he ha I renounced his all, he must have found knowledge. How could it be possible to doubt his words? But in a short time he reminded me two-three times that he had renounced property worth lakhs of rupees and become a sannyasi. In other words, he was not an ordinary sannyasi. The Yard-stick of renunciation is also money.

I asked him: ”When did you renounce all this? He said: ”About 25 to 30 years ago”. At that time the shine in his eyes was worth seeing.

I felt afraid and said to him: ”Sir, perhaps your kick was not strong enough; otherwise, could the memory of that day be so green even after a lapse of 30 years?” What I feared ultimately did happen. His anger burst forth. But I consoled myself in the thought that this was an old habit of the sages. Was it not enough of compassion that he did not pour some sort of curse on me? At the time of my departure, I told him a story. I will repeat it to you. Think over it carefully. It is full of meaning.

A rich man offered ten thousand gold coins to Shri Nathji. But he started counting each gold coin before placing it in front of the idol. He would take them out of the bag with force and there would be a lot of tinkle. A crowd collected in the temple on hearing that tinkle. He started producing still more sound in counting the coins. As the crowd increased, his pleasure of renunciation increased. At last when he finished counting the coins and, with pride in his eyes, looked at the people assembled there, the priest told him: ”Brother, take these coins away. Sri Nathji will not accept such offering”.

One thought on “Osho – Unless you can get free from the mind, there is no salvation”