Osho – Unless you know the truth in its totality, your inferiority complex remain 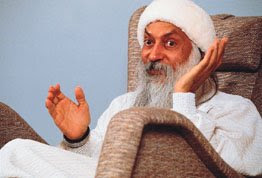 Osho – You are asking me, what is my secret. There is no secret. Or you can say this is my open secret: That I need not create a system. Truth, to me, has not been a fragment, it has not come to me as a fragment. Truth has revealed itself to me as a total, organic unity.
I have not added anything to it. I have not edited out anything from it. And because I am not a theologian, I am not interested in making a theology; hence I can give it to you in simple words, in ordinary language, without any trouble.
My open secret is that I am not bringing in big words and theories and dogmas so that you have to be very intellectual and very sharp, no. All that you have to be is just as ordinary as I am.
All those people who have been claiming to be messiahs, avataras, paigambaras, tirthankaras, prove only one thing: they had a small fragment but they knew that they still had an inferiority complex. That small fragment cannot destroy your inferiority complex.
Unless you know the truth in its totality, your inferiority complex remains. So they had a fragment and they bragged about the fragment. And they had an inferiority complex still, so they projected some superiority; they are the only begotten son of God, they are the messiah, they are the messengers, they are the reincarnations of God — or things like that.
All those claims simply indicate an inferiority complex deep down. Anybody who tries to prove that he is superior to others, superior to everybody, is suffering, is sick. They were all sick with an inferiority complex.. They could not say, not a single one of them was able to say, “I am just a human being as you are, and this is my secret.”
I am the first who is saying to you that I am just a human being as you are — absolutely ordinary. If you can drop your desire to be superior, if you can accept your humanity just as it is, with no desire to change it — if you are not trying to improve upon yourself — with that desire dropping, your inferiority complex will disappear. Improving upon yourself is just like trying to pull yourself up by holding your legs.
You may try to jump; maybe for a second you will be in the air, but next moment you will be flat on the earth, deeper in the Big Muddy Ranch, from where even to get out is very difficult. It is better not to jump. Because I have no projection of superiority, I have no sickness of inferiority.
And truth is everybody’s birthright. It is not something that only a few people are entitled to get: you are born with it. Just because you go on running after other things, you don’t have time to look.
Source: from Osho Book “From Personality to Individuality”
Pin It