Osho – Violence can never be a part of the rebellious spirit 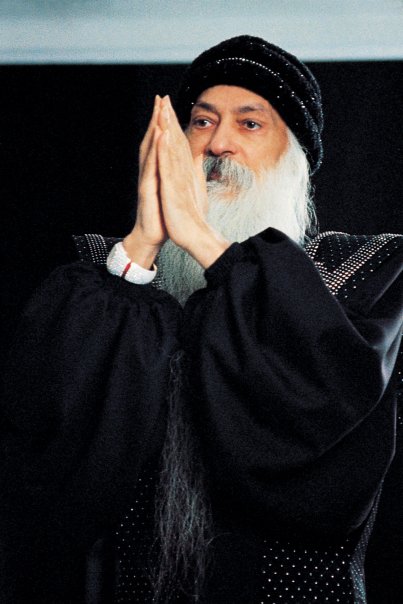 Question – Beloved Master, Can you please say something about violence as the expression of rebellion?

Osho – Milarepa, violence can never be a part of the rebellious spirit for the simple reason that violence is the whole past of humanity — and the rebel wants to discontinue with the past. Violence has been the way of life for millennia. Directly or indirectly we have lived under violence. Our armies, our police, our jails, our judges, our wars, our so-called great religions, all have lived in violence. And violence, reduced to its essentials, is irreverent towards life.

The reactionary is the lowest category. He can never disconnect himself from the past. The past is his orientation, he reacts against it. But whether you are for it or against it, it remains your reference, your context. The revolutionary is a little higher than the reactionary. He does not only react, he also has dreams of the future, he has his utopias. But as far as violence is concerned, the revolutionary down the ages has thought that right ends can be attained through wrong means.

I refute that contention. Right ends can be achieved only through right means. Through violence you cannot achieve a peaceful, silent, loving humanity. The violence will be in the roots, it will poison your whole superstructure. The rebel has to be nonviolent out of sheer necessity. Unless he is nonviolent, he cannot be the vehicle of a peaceful, warless, classless humanity.

If you sow the seeds of violence, you cannot expect and hope that the flowers will not be affected by violence. Those flowers will come out of the seeds you have sown. So each violent revolution has created another violent society, another violent culture. It is disgraceful to see that we still need armies, that we still need nuclear weapons. It is undignified to see that we need the policeman, the court and the jail. A better humanity, a more conscious man, will get rid of all this nonsense that surrounds us and pollutes our whole being.

The rebel cannot be half-hearted. He cannot be a chooser; he cannot choose a few things from the past, and not choose a few other things. Past as a whole has to be completely denied. Only then can we get rid of barbariousness in humanity — cruelty, violence and a deep-rooted disrespect for life and existence.

My approach is that of reverence for life. The rebel will be ready to die, but he will not be ready to kill. It is the pride of man to die for a cause; it is animalistic to kill someone, however great the cause may be. By killing, you have spoiled it completely. And looking practically, the rebel is an individual against the whole world; even if he chooses to be violent, he will be crushed. The enemy — the past — has much more violent powers in its hands.

The rebel has to trust in love, has to trust in meditativeness, has to be aware of his immortality — that even if his body is crucified he remains untouched. Here I am not talking only about political rebellion. I am talking about the individual rebel — a spiritual phenomenon, not a political entity. And no spirituality can accept violence as a means to attain the end.

Violence is simply out of the question as far as my rebellion, my rebel, is concerned. He cannot destroy, we have destroyed enough. He cannot kill, we have killed enough. It is time to stop this whole idiotic way of life. We have to come out of this darkness into the light. Even if it costs you your life it is perfectly good… because my rebel will be basically a meditator.

I am not conceiving of my rebel without meditation — that is his essential experience. And once you understand that you are immortal, who is worried about being killed? And if millions of meditators are ready to open their chests before the guns of the old and the rotten past, there is a possibility: perhaps it may also bring a change of heart in those people who have these destructive weapons in their hands.

Rebellion has not been tried on a vast scale. Just with the effort of millions of people meditating, loving silence and peace, and destroying all kinds of discriminations which create violence, we will be making the space, the gap, the discontinuity that can save man and life on this planet.