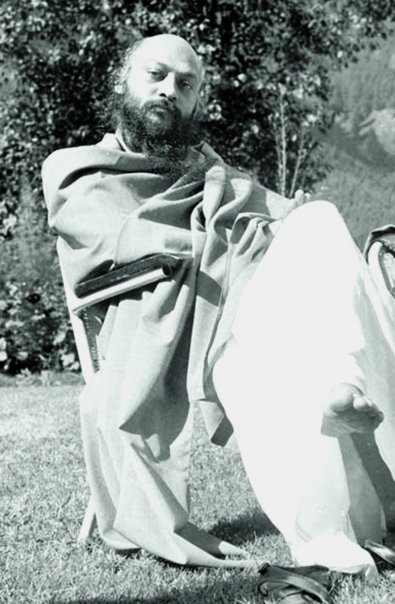 Osho – Misery is human, bliss is divine. Animals are unaware of both; they are neither miserable nor blissful, they are living in a kind of deep sleep. Man has awakened a little bit, just a small part of his being has become conscious; hence the split. Animals are total, there is no split, they are one piece. Man is dual, and the duality arises because a part of his consciousness has arisen from the unconscious ocean. It is just the tip of the iceberg, a very small part, one-tenth of the whole, but it has created a division: the conscious mind and the unconscious mind.

The unconscious mind goes on pulling you towards the animal because it remembers the joys now; it remembers the joys of being animal, of being total. When you were an animal you were not aware of them. It is as old people remember the beauties of childhood. Children are not aware. Only when they lose their childhood do they start remembering that which they had never felt before when they were really children. The unconscious pulls you back toward the animal world; its pull is downwards, backwards. And the conscious is trying to pull you upwards so you become more conscious, because consciousness has given you many things. Yes, it has given you anxiety, tension, anguish, but it has also given you music, painting, poetry. And it has given you a dignity which no animal has, the dignity of being conscious. If such a small
part can impart so much dignity the desire arises: “If I become fully conscious, how much will now be my glory?” That is the search for buddhahood, of becoming totally awakened, enlightened.

So these two parts go on pulling you. Because of this tug-of-war, misery arises; hence misery is human. And man is always at a crossroad: either you go downwards, backwards…. But you cannot stay there either because whatsoever has happened has already happened and it cannot be undone. You will have to come back again. That conscious part cannot be lost. Hence the only possible way to get out of misery is to become more conscious.

The more conscious you are, the more and more you feel bliss arising in you. The day one is fully conscious and there is no nook and corner of one’s being which is dark, when one is luminous, when one has become light, each act is done in full awareness — one even sleeps in full awareness. That has been the goal down e ages. This is the real search of religion: how to come to a point when you can sleep and yet be alert. Right now the situation is just the opposite: you are awake and yet asleep. The day it happens one has entered into the world of the divine, the world of God, what Jesus calls the kingdom of God, and Buddha calls nirvana.

This has to be your work on yourself: become more and more conscious, make every possible effort in transforming your unconscious mind into consciousness. Walk consciously, sit consciously, eat consciously, talk consciously, listen consciously. Let consciousness be spread all over your life, twenty-four hours a day be engulfed in it. And then one day that blissful moment arrives when it becomes natural, spontaneous. That day is the day of rejoicing — one has arrived home!