Osho – We have to drop all that is untrue 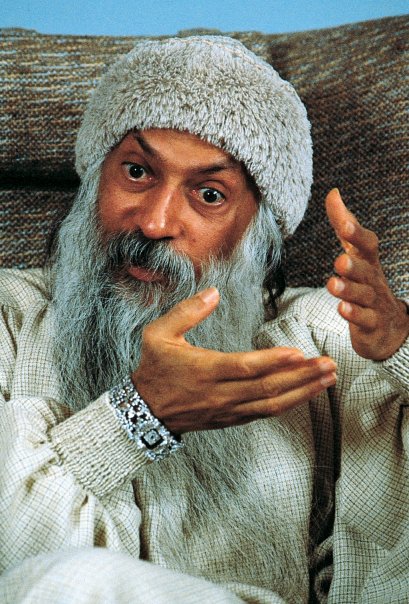 We have to drop all that is untrue. The moment we drop the untrue the truth is revealed of its own accord. You need not go anywhere in search of it, it is found within. The moment we become aware of our inner darkness that very awareness creates light. Awareness is light and when the light is there darkness starts disappearing. And the moment there is truth and there is light suddenly one becomes absolutely certain of one’s immortality. There is no way to die. Death is the greatest illusion. Nobody has ever died, people just believe that they die. It is a belief, it has no relationship to the truth. Those who know, know that life is eternal, always ongoing; there is no end to it — no beginning, no end. It has always been here, it will always be here.

One of the great sages of India, Maharishi Ramana, was dying, and a disciple asked him, ‘Bhagwan, after your death where will you go to?’ And even at the moment of death — he was suffering very much physically because he had a cancer of the throat; even speaking was difficult, even drinking water was impossible — he burst out laughing. The doctors could not believe it, because to laugh like this was almost impossible, his throat was completely choked, not even a single drop of water was entering. But he laughed and it was a belly laughter and for many days he had not even spoken. But at the last moment to this enquiry he said ‘For my whole life I have been teaching you but you don’t listen. You are still a fool. You are asking me where I am going? I have never gone anywhere, I have always been here and I will always be here –because there is only one time, and that is now, here. There is no other space and no other time. Now and here — these two words contain the whole existence.’

Begin by dropping all that is untrue, all that you have believed but you have not known — that is untrue. Drop it. And become aware of your inner unconsciousness so that awareness starts dispelling the darkness. And then the third happens on its own: one suddenly enters into a new dimension, one goes beyond time. And to go beyond time is to go beyond death. To know that life is eternal is the beginning of rejoicing.