Osho – What are the qualities of a Sannyasin? 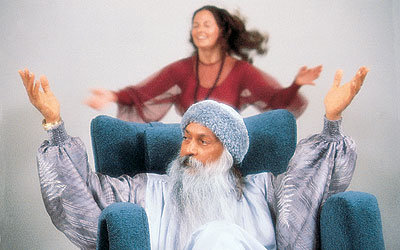 Question – Beloved Osho, What are the qualities of a Sannyasin?

Osho – It is very difficult to define a sannyasin, and more so if you are going to define my sannyasins. Sannyas is basically a rebellion about all structures, hence the difficulty to define. Sannyas is a way of living life unstructuredly. Sannyas is to have a character which is characterless. By ‘characterless’ I mean you don’t depend anymore on the past. Character means the past, the way you have lived in the past, the way you have become habituated to living — all your habits and conditionings and beliefs and your experiences — that’s what your character is. A sannyasin is one who no longer lives in the past or through the past; who lives in the moment, hence, is unpredictable.

So these are not definitions. The old sannyasin has a definition, very clearcut; that’s why he is dead. I call my sannyas ‘neo-sannyas’ for this particular reason: my sannyas is an opening, a journey, a dance, a love affair with the unknown, a romance with existence itself, in search of an orgasmic relationship with the whole. And everything else has failed in the world. Everything that was defined, that was clearcut, that was logical, has failed. Religions have failed, politics have failed, ideologies have failed — and they were very clearcut. They were blueprints for the future of man. They have all failed. All programs have failed.

Sannyas is not a program anymore. It is exploration, not a program. When you become a sannyasin I initiate you into freedom, and into nothing else. It is great responsibility to be free, because then you have nothing to lean upon. Except your own inner being, your own consciousness, you have nothing as a prop, as a support. I take all your props and supports away; I leave you alone, I leave you utterly alone. In that aloneness… the flower of sannyas. That aloneness blooms on its own accord into the flower of sannyas.

All other efforts have failed. It was inevitable, because the failure was built-in. They were all structure-oriented, and every kind of structure becomes heavy on the heart of man, sooner or later. Every structure becomes a prison, and one day or other you have to rebel against it. Have you not observed it down through history? — each revolution in its own turn becomes repressive. In Russia it happened, in China it happened. After every revolution, the revolutionary becomes antirevolutionary. Once he comes into power he has his own structure to impose upon the society. And once he starts imposing his structure, slavery changes into a new kind of slavery, but never into freedom. All revolutions have failed.

This is not revolution, this is rebellion. Revolution is social, collective; rebellion is individual. We are not interested in giving any structure to the society. Enough of the structures! Let all structures go. We want individuals in the world — moving freely, moving consciously, of course. And their responsibility comes through their own consciousness. They behave rightly not because they are trying to follow certain commandments; they behave rightly, they behave accurately, because they care.

A sannyasin is one who cares about himself, and naturally cares about everybody else — because you cannot be happy alone. You can only be happy in a happy world, in a happy climate. If everybody is crying and weeping and is in misery, it is very, very difficult for you to be happy. So one who cares about happiness — about his own happiness — becomes careful about everybody else’s happiness, because happiness happens only in a happy climate. But this care is not because of any dogma. It is there because you love, and the first love, naturally, is the love for yourself. Then other loves follow.