Osho – What is actually your feeling now towards Sheela 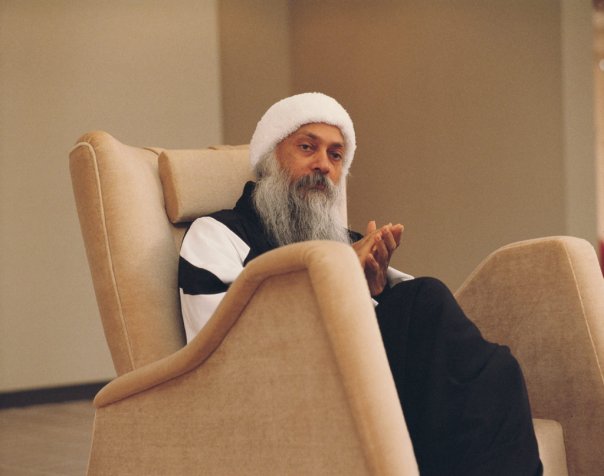 Question – What is actually your feeling now towards Sheela and what would you do if she would come back?

Osho : I will take her back. We have a university here, and we have all kinds of therapies here. She needs some psychotherapy, a long treatment.

I have all compassion for her, and the same love and the same trust, because my love is unconditional. What she has done makes no difference to it. In fact, I am worried about her because she must be unnecessarily suffering. There was no need to go anywhere. She could have simply come to me and told to me that these are the things that she has done.

A man kills somebody and you kill the man, give him a death sentence or a lifelong imprisonment, which is even worse. His act was crime and your act is justice. Both the acts are same. Just he is a poor single individual and you have power of the society, of the state, of the military, of the government.

But you are doing the same thing. It is revenge, it is not justice. And if the man committed suicide or murder, he has still a future. His murder was in the past, and murderers have been known to become saints. Now, to kill that man is to deprive him from a future. He may have turned into a saint. And what right you have got? All that you can do is that… that man has something wrong with his psychology, that her hormones are not harmonious. Something chemically wrong.

And that’s what has happened with Sheela. She was raped when she was only sixteen, and raped by a man who was her father’s friend, old. And she had always respected the man as her uncle. He used to stay in their house. The father and the mother had gone out and only the uncle was in the house, and he raped her. She became pregnant. In those days in India abortion was not legal, so she had to go through that indignity of an illegal abortion.

I think that scar is deep in her being. She hates Indians, one thing. And something in her wants to take revenge with the whole society. She is not conscious of all that, but it is there.

So I will not do anything else than be more loving to her than I have ever been to her, because these are the moments when a person needs more love, more respect, more acceptance. And I will give her to the university to treat her, to bring all her unconscious out. It is just a question of vomiting the unconscious out. And once you are clean such a thing cannot happen again.

A man steals something very small and he is sent to jail. He is just amateur and perhaps in his situation anybody would have stolen. Perhaps he was hungry, he needed medicine, his mother was dying, he needed medicine. And you imprison him for two years in the jail where he meets great experts, criminals, master thiefs. And in those two years he graduates. He had come as an amateur, now he comes out as a professional thief. Because it is a simple idea amongst all criminals that to commit crime is not crime, but to be caught is crime.

So just you have to be very careful, intelligent, aware, that you are not caught. Then do whatsoever you want to do. Doing is not a problem at all, just don’t get caught.

Punishment helps only to create more criminals. Your imprisoned people, which are in millions around the earth, are just getting training. Your jails are universities for criminology. And your courts serve the crime, not the culture.

So that will be my attitude of all those people. If they come back they will receive not only my love but my whole commune’s love. Whatever they did, perhaps they were unconsciously doing it, not knowing what they are doing. We can clean their unconscious, we can make them more aware, we can clean them, we can give them a new birth.