Osho – What is the difference between Surrender and Blind Faith or Belief? 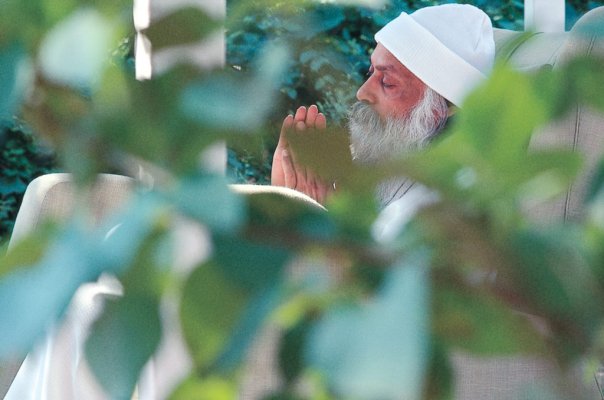 Question – What is the difference between Surrender and Blind Faith or Belief?

Osho – MANY THINGS HAVE TO BE UNDERSTOOD. First, the difference between faith and belief, and second, the difference between surrender and faith. Belief is always blind and cannot be otherwise. Belief, as such, is blind. No belief is possible if you can see, because belief means you don’t know and still you believe. If you know, there is no need of belief. Something you know, you know. There is no need to believe in it. The need for belief comes only when you don’t know. Belief is part of ignorance.

I am here. If you know it, there is no need to believe in it Belief is unnecessary; knowledge needs no belief. If you believe in something it means you don’t know and yet you think you know.

Someone says he believes in God. It means he has not known God yet. That’s why he believes. But the belief creates such an attitude within him that he begins to feel that he knows.
Someone asked Shri Aurobindo, “Do you believe in God?”
He said, “No.”

The man was bewildered. He couldn’t conceive, he couldn’t imagine, that Aurobindo would say no to the question. He said, “What are you saying? Are you an atheist?”
Aurobindo still said, “No.”

The man said, “Why are you creating a puzzle? You say you don’t believe in God and then when I ask if you are an atheist you again say no. What do you mean? You are contradicting yourself.”

Knowledge comes from seeing, and belief is blind. Belief, as such, is blind. Even to say ‘a blind belief is unnecessary, because belief means blind. It is just a repetition. Then what is faith? Faith is also blind, but in a different sense. Faith is blind in a different sense because it has its own way of seeing. It is not seeing through reason; it is seeing through the heart.

Knowledge is based on reason. Belief is also based on reason. Knowledge and belief are both in the head. Knowledge has eyes and belief is blind, but both belong to the head, to the intellect. Belief is intellectual. Faith is emotional, intuitive, of the heart. It has its own eyes, but those eyes are not of reason; they are like the eyes of love. People say that love is blind. It is, because it doesn’t have rational eyes. But it has its own eyes, and better ones. The heart has its own reasons and they are better than rational reasons. Faith is trust; it is not belief. Faith is trust, deep love, trusting love.

And the difference. Belief is always in some idea, ideology. Faith is always personal. It is not in some idea but in some person. You can say, “I believe in God” — God is an idea. You cannot say, “I believe in Jesus”; you can only say, “I have faith in Jesus.” It is a personal love affair; it is a deep trust. Faith means faith in someone. Belief means belief in something. Faith is a deep, personal relationship. It has its own eyes, eyes of the heart.

There are basic differences. Reason is analysis, reason is argument, reason is an intellectual process. The heart synthesizes. It is not analytical, it is not argumentative. It is intuitive. What is intuition? When you fall in love with someone, what happens? Can you give any reasons why you have fallen in love with a particular person? Why? Why is Majnu in love with Laila?

It is reported that because of the anguish of Majnu, the king of the country became very worried. Majnu was weeping, crying, moving from street to street looking for Laila, his beloved. Laila’s father had moved from the city because of Majnu. He was not willing for them to be together; he was against it. Even the king heard about the love affair, and the weeping and crying and anguish of Majnu.

He is reported to have called Majnu to the palace. He said, “You are stupid. I have seen your Laila. She is just an ordinary girl. Why are you making a fool of yourself? Look at these girls” — he had called twelve beautiful girls, the most beautiful in the city. He said to Majnu, “Choose any one of them. Laila is nothing compared to any of these girls.”

Majnu said, “But how can you see Laila? To see Laila you need Majnu’s eyes. You cannot see her. You must have missed her, because Laila is incomparable. There has never been a woman like her and never will be. But I understand you. Laila can be seen only through Majnu’s eyes. You cannot see her. That is why she may have looked ordinary to you — because you don’t have my eyes.”

Faith is just like love, with one difference. In love, you are both on an equal level, on the same level. Faith is love with a person who is higher than you. It is love with reverence — deeper than love, higher than love, but love is there. Those who gathered around Buddha were in love, in deep love with the man. Not only in love. Reverence was also there. Love plus reverence is equal to faith.

Faith is something that one should not miss. Belief is just ordinary. It is good not to get involved in beliefs because they make you a Hindu, a Mohammedan, a Christian. They make you divided; they make the whole earth a conflict. Beliefs create fight, struggle, wars. Belief divides.

Have faith. That means: be ready to fall in love with someone, with deep reverence. And then, surrender. What is surrender? To surrender is to be ready for faith. Surrender means to be yielding, to allow faith to happen. It means to be receptive, to be unguarded, to be vulnerable, open.

If you come in contact with a Buddha, with a master, yield to him. Don’t resist him, because you are resisting yourself, you are fighting against yourself. If you resist a master you are not allowing him to work; you are not helping him to help you. You are creating problems, unnecessary anxieties, unnecessary barriers. You already have too much nonsense. Don’t create more barriers. The master will have to do much work upon you as you are, even if you have surrendered. If you are nonsurrendering, you are creating unnecessary troubles and it will become impossible to help you. You are working against yourself.

Don’t be against yourself — that is what is meant by surrender. Yield, allow, cooperate, so that something can be done and you can be transformed. The master, the guru, is a person with whom you are in deep love and faith and reverence. It is not just a relationship; it is a deep creativity. He can create you, he can transform you, he can give you a new birth.

I will tell you one anecdote: There was a great master, a Sufi master. A disciple came to him. This disciple became very famous later on. The disciple’s name was Bayazid.

Bayazid thought, “He may be occupied. I will wait.” But this waiting lasted for twelve years. How could Bayazid speak when the master said to remain silent? So he remained with his master for twelve years, not speaking a single word. Many came and went in these twelve years, crowds came and went. Bayazid was there, just waiting, waiting. It was a long, long wait — twelve years. And because the master had said, “Don’t speak. Remain silent,” of course he would not speak to anyone else either. He was totally silent.

By and by, thoughts dropped. If you don’t use them, they drop. By using them, you give them energy and fuel. Finally, thinking stopped. After twelve years of no speaking, no talking, just waiting, the mind dropped. Suddenly one day….

The first time Bayazid had come, the master had looked into his eyes. After twelve years, he again looked info Bayazid’s eyes and said, “Now there is no need to speak” — as if this was the second sentence, connected with the first; as if there had been no twelve years of waiting in between and he was still speaking: “Remain silent. Now there is no need to speak.” But there was a gap of twelve years between these two sentences!

Bayazid laughed. The master said, “Now, you can go and teach others. You are ready. You have become a master in your own right.”
People asked the old master again and again, “How did this happen? This young man was not doing anything and now you say he has become a master in his own right. He was just waiting here, wasting time. He looks stupid, dull. He has not even uttered a single sentence; he may be dumb. He goes on sitting and sitting; he’s just lazy. What are you saying? How can it be that he has become a master in his own right when he has not practiced anything?”

The master said, “But he need not practice anything. He didn’t need to. He simply surrendered, and I could work.” He said, “Then there was no need on his part to do anything else. A total yes was enough on his part. Then I entered him and worked. For these twelve years I have been working. He was simply allowing.”

This is what surrender means. Allow. Relax your ego. Then, much is possible. Otherwise, you go on destroying yourself, doing many things against yourself.

Source – from Osho Book “The New Alchemy: To Turn You on”

One thought on “Osho – What is the difference between Surrender and Blind Faith or Belief?”