Osho – What is your Vision for the New Commune? 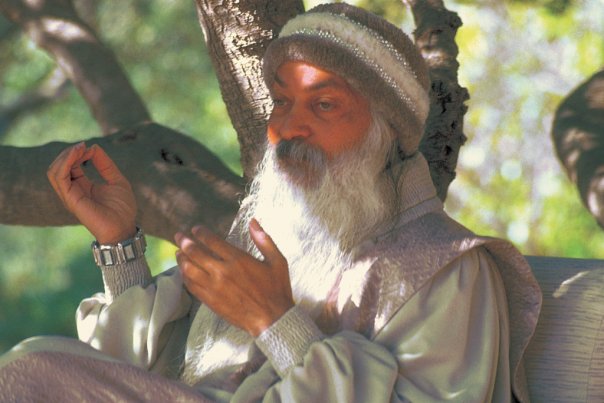 Question – Beloved Master, What is your Vision for the New Commune?

Osho – Krishna Prem, the new commune is an experiment in spiritual communism. The word ‘communism’ comes from ‘commune’. There is only one possibility of communism in the world and that possibility is through meditation. Communism is not possible through changing the economic structures of societies.

The new commune is going to be a context in which a new kind of man can become possible. Socrates says that the master is a midwife, and he is right: all masters are midwives. They always bring new humanities into existence. Through them a new man is born.

The scientist is partial. He believes only in the body, he cannot go beyond it; his vision is very limited, shortsighted. The poet clings to another aspect of humanity, the feeling part. He can see the beauty, but his beauty is very momentary. He has no idea of the eternal. The mystic lives in the being, he lives in the deathless, timeless state. Because he lives in the deathless, timeless state he becomes indifferent to the world of time and space. He becomes indifferent both to science and to poetry. These are all three aspects of reality, three faces of God, the trinity, TRIMURTI.

I believe in richness. I am not a worshipper of poverty. That is simply stupid. I would like humanity to be rich in all possible ways: rich in science, rich in technology, rich in poetry, rich in music, rich in meditation, rich in mysticism. Life should be lived in its multidimensionality. God should be approached through all possible ways. Why impoverish your soul?

The new commune is going to create a space, a context, for this multidimensional human being to be born. And the future belongs to this new man. The old man believed in renunciation; the old man believed that if you want to come closer to God you have to be away from the world, as if there is a conflict between God and the world. It is obviously wrong. The world exists through God! The world is God’s body — there can’t be any conflict! If there had been any conflict, then the world would have disappeared long ago.

The old man lived in renunciation, escaped away from the world to the caves, to the monasteries, to the Himalayas. The old man was escapist, the old man was afraid to live, he was more ready to die. The old man was somehow suicidal. My new man is going to be deep in love with life. And my religion is not of renunciation but of rejoicing. The new commune will create every possible opportunity to rejoice, sing, dance.

The new commune is not going to be of any religion. It will be religious. But the religion will not be unearthly, it will be very down to earth; hence it will be creative, it will explore all possibilities of being creative. All kinds of creativity will be supported, nourished.

But you respect him, and because of your respect, his ego becomes puffed up; so if he was going to fast for one month, he will fast for three months. And the more he fasts, the more he tortures his body, the more respect you give to him.

It is going to be the beginning of a new humanity. It is needed, absolutely needed. If we cannot create the new man in the coming twenty years — by the end of this century — then humanity has no future. The old man has come to the end of his tether. The old man is ready to commit a global suicide. The third world war is going to be global suicide. It can be avoided only if a new kind of man can be created.

This is going to be an experiment, a great experiment on which much is going to depend. It has tremendous implications for the future. Be ready for it. Be prepared for it. This ashram is just a launching pad…. On a small scale I am experimenting. The new commune will be on a big scale: ten thousand sannyasins living together as one body, one being. Nobody will possess anything; everybody will use everything, everybody will enjoy. Everybody is going to live as comfortably, as richly, as we can manage.

But nobody will possess anything. Not only will things not be possessed, but persons also will not be possessed in the new commune. If you love a woman, live with her — out of sheer love, out of sheer joy — but you don’t become her husband, you can’t. You don’t become a wife. To become a “wife” or a “husband” is ugly because it brings ownership; then the other is reduced to property.

The new commune is going to be nonpossessive, full of love — living in love but with no possessiveness at all; sharing all kinds of joys, making a pool of all the joys…. When ten thousand people contribute, it can become explosive. The rejoicing will be great.

Jesus says again and again: Rejoice! Rejoice! Rejoice! But he has not been heard yet. Christians look so serious, and they have painted Jesus also in such a way that it doesn’t seem that he ever rejoiced himself. Christians say Jesus never laughed! This is ridiculous. The man who was saying “Rejoice!” the man who used to love good food, good wine, the man who used to feast and participate in festivals, the man around whom there was always feasting — he never laughed? Christians have given a false Christ to the world.

Remember the motto again — to hallow the earth, to make everything sacred, to transform the ordinary, mundane things into extraordinary, spiritual things. The whole of life has to be your temple; work has to be your worship, love has to be your prayer. This very body the Buddha, this very earth the Lotus Paradise.