Osho – What’s wrong with the Men? 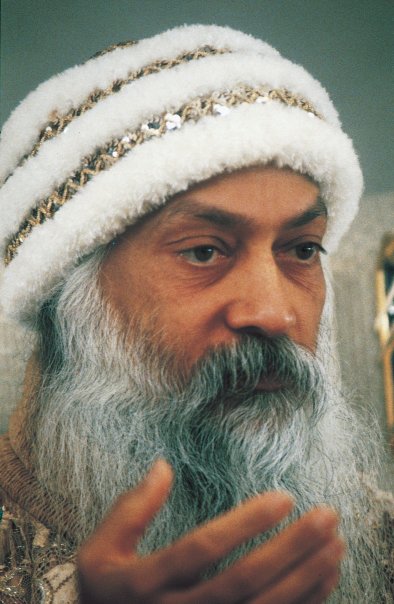 Question : What’s  wrong with the Men?

Osho : Man has been running the whole society for thousands of years, and he has proved absolutely impotent to run the society in the right direction. Give the chance to the woman now. My commune is running far better than any society which is dominated by male chauvinists. It is running perfectly beautifully. There is no problem.

All my communes around the world are run by women. Man has proved his incapacity. He has tried hard enough to repress women, to keep them uneducated, to keep them economically dependent, to keep them almost like cattle, so that he can prove he is very superior. But the basic phenomenon is that man feels inferior to a woman because he cannot give birth to a child. The woman can give birth to a child; man’s function in giving birth is only that of an injection.

All religions are founded by man, and all religions have condemned women. Jainism, one of the most ancient religions in India, says that from the body of a woman nobody can be liberated, nobody can become enlightened. From the female body, nobody can grow into consciousness. Strange. The same people go on teaching that body and soul are separate, and the soul is neither male nor female, and that growth happens in the soul, and that liberation is of the soul, not of the body. Then why can’t women enter into paradise?

No, they have to be put down in every possible way. First, they should practice religious disciplines so that they are born in a man’s body in their next life. All that they can do right now is pray, meditate, fast, to get into a man’s body in the next life. Then there is a possibility. From the female body there is no possibility. In India they were not allowed to read religious scriptures.

Jesus had twelve apostles, twelve idiots around him, who could not do anything to save the man. They all knew that the next day he was going to be crucified, they all knew that he was going to be caught that night, and not a single one of them was courageous enough to tell Jesus that going to Jerusalem was suicidal. There was no need. Why should they go there? It was not the right time. He would be crucified.

Not a single woman was Jesus’ apostle. But when he was crucified all the men had escaped. Only three women were there under the cross: his mother, Mary; his lover perhaps, Mary Magdalene, who was a prostitute; and another woman called Martha. All the apostles had disappeared.

Men have been telling women that they weak, which is medically wrong. Women live longer than men, five years longer. Women suffer less from diseases than men. Women go mad half as often as men. Women commit suicide half as often as men. Still, the woman is weak, and she has to be kept cut off from every corner so she cannot grow. And half the society consists of women. They give birth to your children.

What you are doing to the woman you are also doing to your children, because they will be taking care of the children; the children will be learning from and imitating the woman. That’s why every language is called mother tongue. Even Germans don’t have the guts to call their language father tongue.