Osho – When a mother becomes too much concerned about the child 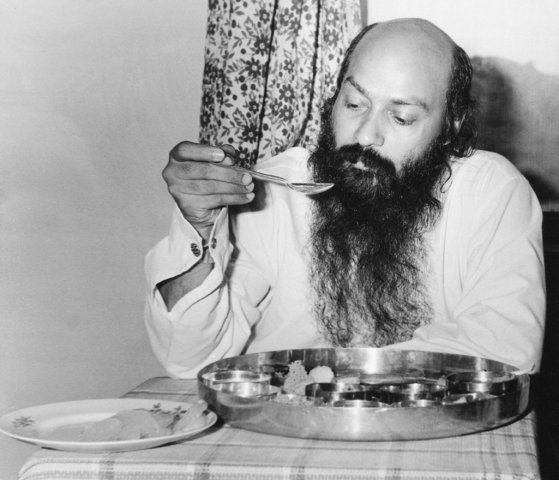 [A sannyasin has brought her son because she is worried about the way he doesn’t eat, which may be causing bronchitis, and how he relates with other children.]

Osho – What is the way? I think the problem is more with you than with him! He seems to be perfectly okay! You seem to be too worried about him. Sometimes even that can create tension in his mind – if you are too worried. Take every care, but worry is not care. Certainly you love him and you have to take care, but worry is not the way to care. Worry is very destructive. It is destructive to you, it is destructive to him, because if he finds that you are too worried about him he will start feeling guilty – that it is because of him that you are so worried. That may cause bronchitis, that may cause asthma. He may start eating less; he may start punishing himself.

That’s what my feeling is right now – that you are too much concerned. No concern is bad but too much concern is also bad. Extremes are always bad; it is good to be in the middle. You are over-protecting him too much. You are too much of a jewish mother. You can make him almost feel suffocated; that’s what bronchitis and asthma is. Asthma can start if the person feels he is being suffocated… and that’s what you are creating. And you are not against him – you are for him; it is for his own good.

Just Leave him on his own. Love him but leave him. He has his own life. Just give him more freedom and the asthma will disappear. Allow him his own way of life; don’t try to guide him too much. All that we can do is we can love and give freedom, and love gives freedom – only then is it love. So withdraw your concern, withdraw your worries. That may be some way of avoiding yourself. Mm? you become concerned about him so you can avoid your own worries. That becomes a good excuse, that becomes a rationalisation. You can escape from your own inner chaos – you can become concerned about him. That’s what millions of people are doing. Children become scapegoats.

You can put all your problems on him and you can feel very good because you are concerned about your child – which is natural, and nobody can say that you are doing something wrong. People will tell that you are a great mother, you are so caring – and all that you are doing is avoiding certain problems in your own life. And if you are left alone, if there is nobody to worry about then you will have to encounter those problems. Encounter those problems; they have to be transcended. And don’t make a problem out of it, otherwise he will become a problem!

And if you in a deep way have some investment in his being ill, in his being troubled… This is an investment, because if he is perfectly healthy then what will you do? You will be thrown back to yourself. So deep down somewhere in the unconscious you would like him to remain the way he is. And he will feel it; children arc very intuitive. He will feel it and he will fulfill your desire. What else can he do? He will fulfill your unconscious desire and he will keep you engaged, but his life will be spoiled. And you will miss an opportunity of encountering yourself. My feeling is that you have some deep problem to solve – that’s your love. So rather than pouring everything on him, find a lover, a friend.

It happens many times that a mother can hang around the child. She can say, ’What can I do? I have no time to move into any relationship – I can’t afford it.’ No, you have to move into your own life so that you can leave him a little alone. Give him his own space. I think he is perfectly okay; don’t be worried at all. The worry is not going to help; it can harm. And once he feels that you are giving freedom you will see him flowering. What you really desire will happen but you have chosen a wrong way of having it. And nothing will be lost in australia, but start giving him more freedom. Respect him as a grown-up.

Each child has to be respected as being on the same plane. You should not try to patronise a child. Help, but don’t patronise him. Support, but don’t guide; give all that you can give, but that’s all. Don’t make any conditions on him – that he has to return or he has to repay you in some way. Don’t make him feel obliged and don’t do anything that can create guilt in him – so he starts feeling that it is because of him that his mum is so worried. Otherwise he will start thinking it will be better to die; the mother will be happy.

Not exactly in these words, but existentially this happens to many children. They simply start shrinking because they see that because of them there is so much trouble and so much problem, so what is the point of being here? They start shrinking. They can die slowly, slowly…. So first: give him freedom. Don’t suffocate him. That’s what his asthma is saying to you; it is a message. And don’t enforce food on him otherwise he will reject. There is no need! A child knows when he is hungry. When he is hungry he will eat. If he is not hungry there is no need to eat. And it is such a natural thing that no child is going to remain hungry. Just stop worrying about it.

If some day he misses one meal, don’t be worried; that’s perfectly okay. Once in a while a holiday is good. Let him miss the meal. When his real hunger comes he will come running! Don’t force. Many mothers force food on the child and destroy many things in doing that. Once they destroy the natural appetite of the child, by and by he becomes completely oblivious; when he is hungry, when he is not hungry, he knows not. No animal starves. When the animal is hungry he will eat; when he is not hungry he will not eat. And no mother is taking care of him; nobody is guiding him. And children are animals, pure animals.

Just leave him! If he is not eating, that is good for him; if he is eating, that is good for him. Just watch – you need not be worried about it. And within a month he will start eating in his own way. Whatsoever he likes, let him eat. Keep your plans and your knowledge of how a child has to be brought up to yourself and if you have any guidebooks, burn them! Because in the west people have guidebooks. They are reading books and trying to follow what the knowledgeable people, experts, say should be done. There is no need at all – nature is enough! And give him freedom: let him move, let him do things in his own way. Within three months your problems will disappear… but you have to tackle your problems!

When a mother becomes too much concerned about the child it means she is trying to find in the child, the child and the husband both. That’s dangerous! You should start looking for a friend. That will divert your mind from him and it will save him! Always remember that the greatest discovery of this century is that almost ninety-nine percent of people who suffer from neurosis, psychosis or some kind of mind disease, suffer from mothers. This is one of the greatest discoveries of this century – that deep down it is always the mother. So don’t do that to your child. It has been done to millions of people, it is being done everywhere.