Osho – When a rich man prays, his prayer cannot be for money. If he is still praying for money, he is not yet rich enough 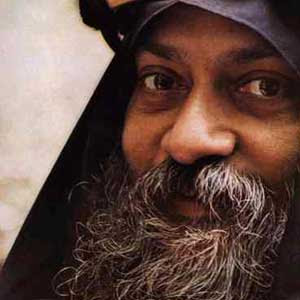 There was a Sufi saint, Farid. Once the villagers asked him, “Farid, the great king, Akbar, comes to you so many times — why don’t you ask him to open a school for poor people in our village? We don’t have a school.”

Farid said, “Good, so why should I wait for him to come? I will go.”

He went to Delhi, he was received — everybody knew that Akbar respected him tremendously. Akbar was praying in his private mosque; Farid was allowed in. He went in, he saw Akbar praying. He was standing behind Akbar — he could hear what he was saying. With hands spread, Akbar was just finishing his prayer, his NAMAZ, and he was saying to God, “Almighty Compassionate One, shower more riches on me! Give me a greater kingdom!”

Farid immediately turned away. It was just the end of the prayer, so Akbar became aware that somebody had been and had gone away. He looked back, saw Farid going down the steps, ran, touched the feet of Farid and asked, “Why have you come?” — because for the first time he had come — “and why are you going away?”

Farid said, “I had come with the idea that you are rich, but listening to your prayer I realized that you are still poor. And if you are still asking for money, for more power, then it is not good for me to ask for money, because I had come to ask for a little money to open a school in my village. No, I cannot ask from a poor man. You yourself need more. I will collect some from the village and give it to you! And as far as the school is concerned, if you are asking from God, I can ask from God directly — why should I use you as a mediator?”

The story is reported by Akbar himself in his autobiography. He says, “For the first time I became aware that, yes, I am not yet rich enough, I am not yet dissatisfied with all this money. It has not given me anything and I go on asking for more, almost completely unconsciously! It is time for me to be finished with it. Life has flown and I am still asking for rubbish. And I have accumulated much — it has not given me anything.”

But almost mechanically one goes on asking. Remember, the religion that arises when you have lived in the world and known the world and the futility of it, has a totally different flavor to it from the religion which arises in you because your physical needs are not fulfilled.

The poor man’s religion is poor, the rich man’s religion is rich. And I would like a rich religion in the world; hence I am not against technology, against industrialization. I am not against creating an affluent society, I am all for it, because this is my observation: that religion reaches its climax only when people are utterly frustrated with the worldly riches, and the only way to make them utterly frustrated is to let them experience them.