Osho – When you are waiting, you become, of course, more alert. 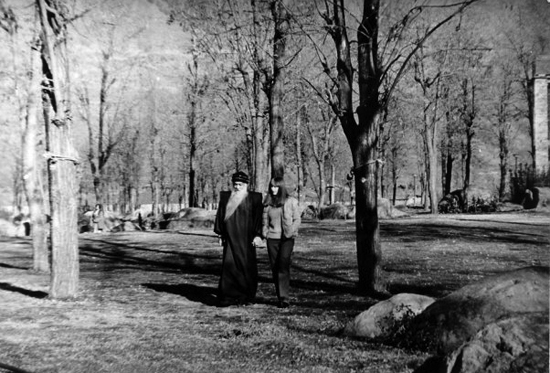 Osho – Thousands of people have been waiting for thousands of years, with great longing and passion. Their waiting has helped – not that they came to know God, but their waiting helped them to become more alert.

Judaism, particularly, has used waiting as a methodology for awareness. It is Judaism’s parallel to vipassana. But remember, the waiting is not for God – there is no God to come – the waiting is just a device. When you are waiting, you become, of course, more alert.

Have you ever waited for a friend? In the mowing he is to come, and you cannot even sleep during the whole night. You toss and turn, and you look again at the clock. Maybe night is over and it is already mowing and you have to go and pick up the friend from the station…?

Have you waited for your beloved? Then any movement on the street and you rush out. It may be just the wind knocking on the door, and your heart beats faster; and you open the door: maybe she has come or he has come? Or a postman walks by and you rush and look out of the window…. Whenever you wait, you become aware. If waiting can become absolute, total, it will create a great flame of awareness.

It is said of the great mystic, Zusya, that he awaited the arrival of the Messiah and redemption with such fervor, passion and eagerness that when he heard a tumult in the street he was at once moved to ask what it was and whether the messenger had not come. And each time he went to sleep, he commanded his disci-ples to awaken him at the very moment when the messenger came.

One day he said, ”If the Messiah should come today and say to me, ’Zusya, you are better than others,’ then I would say to him, ’Sir, then you are not the true Messiah.’”

His whole life he waited, and with such eagerness that even in the night he was afraid, ”I may be asleep and he may come.” One disciple had to wait continuously by his side, so if the messenger came, Zusya could be awakened immediately – because he would not like to miss a single moment. See the passion, the longing, the love.

But the question is: Did the Messiah come? That is not the point. The point is that Zusya became more and more alert, more and more aware. He became so alert and aware that it is said that one day he said, ”If the Messiah should come to me today and say to me, ’Zusya, you are better than others,’ then I would say to him, ’Sir, then you are not the true Messiah – because now I myself that there is no better, no worse, there is no higher, no lower. That all is one. That there is nobody to be redeemed and nobody as the redeemer.”’

Waiting, waiting, waiting, becoming aware and aware, one day the heart opened, and he knew God is everywhere. There is no need for any Messiah to come. God has already come! God’s presence is already there.