Skip to content
Osho on Children & Parenting Osho on Mind 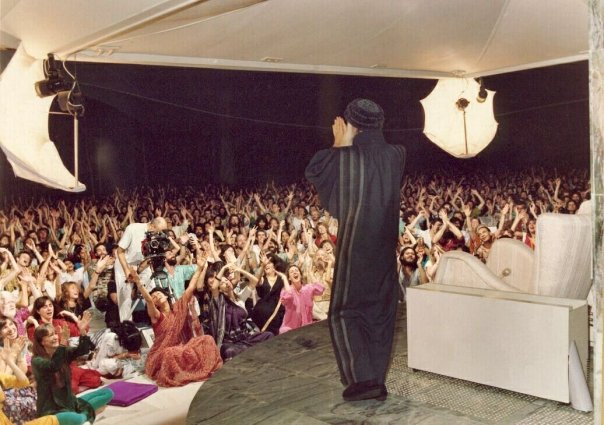 [A sannyasin says she feels confused; stuck and not flowing. Osho checks her energy.]

You have been a fighter and a warrior. Now for the first time you are relaxing a little bit and moving with the river; that is creating confusion. If you continue fighting there will be no confusion; it will fit with you, with your past. Confusion comes only when something new comes. Whenever something new comes you have to readjust yourself again, hence confusion. Confusion means you have brought new furniture in the house; now you have to rearrange everything. Just bring a new chair and you have to rearrange everything.

There is a very famous story – and not just a story but an actual historical fact…. A Chinese man presented a German philosopher with a wooden box – a very ancient antique, near about two thousand, or even more, years old. He said, ’There is only one condition which has always been followed. This has been the wish of the original owner. The box has a history of who has owned it in the past. This is the wish of the original owner – that the box should always be put in such a way that it faces east.’

The German philosopher said, ’There is no problem; this can be followed!’ But when he went home and put it in the drawing room facing East, the whole drawing room looked maladjusted. He was worried, so he had to readjust his whole drawing room. He had to order new furniture to fit with this box.

Once he had arranged the room he started feeling that the room did not fit with the house. Now the whole house looked one way and the room was so different; the room became Chinese. But the wish had to be followed and the box was so beautiful that it would be a betrayal not to follow the wish of the original owner. So he changed the whole house! By and by the whole house became Chinese. Then he suddenly saw that his garden didn’t fit with it; the garden was German. He had to change his garden! He has written in his autobiography that such a small box changed his whole life!

That’s what happens when a new thing comes into your being: you have to change everything accordingly. Just a new child is born and your family and your house, everything, will be different. Now you have to make space for the new child and you have to look to the needs and the demands of the child. Whenever a new child is born the relationship between the husband and wife immediately changes. It is never the same – it can never be the same again; the triangle has come in. Anything new and there is confusion.

Now don’t listen to the mind. The mind is worthless because it is the past. Let the mind adjust with you; don’t you adjust with the mind. The mind is your servant and he has to follow you. You are the master and you need not follow the mind. Yes, for a few days the mind will create trouble because it has been bossing you for such a long time and it is difficult to drop it so easily. It will resist, it will fight; tooth and nail it will fight. But if you go on flowing, sooner or later it will start flowing with you….